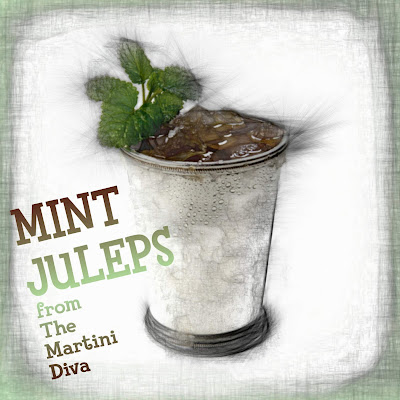 The Mint Julep is the official drink of The Kentucky Derby where over 100,000 are served up to racegoers each year. In recent years, however, a commercially pre-mixed substitute served up in a plastic cup has been offered up in place of a true Mint Julep. This is understandable because of the multitudes being served, but it's not the singular experience of getting a hand-crafted, iced domed Mint Julep served to you in a dew frosted silver tumbler.

Below are some of my happy hour riffs on this classic Southern libation.