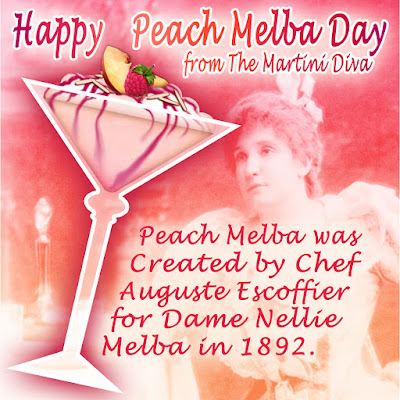 Peach Melba is a classic dessert dish that consists of vanilla ice cream, topped with a peach half, drenched in raspberry puree and garnished with slivered almonds. The very first Peach Melba was created in 1892 by famed chef Auguste Escoffier as a special dessert for a dinner party given by the Duke of Orléans. The party was in honor of Nellie Melba, the Australian soprano who was being lauded for her performance in Wagner's Lohengrin at Covent Garden.

Interestingly, Ms. Melba, like most divas of the day was afraid of eating ice cream for fear the extreme cold would damage her vocal chords. However, since the dessert also had a peach at room temperature, this supposedly warmed the ice cream enough for it not to be harmful and the dessert was enjoyed by all the guests, Nellie included. 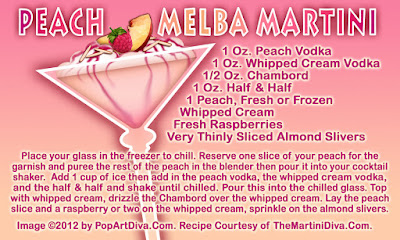 DIRECTIONS
Add the ingredients to a cocktail shaker and shake until chilled.
Pour into a chilled glass, top with whipped cream and drizzle on the Chambord.
Add the peach slice and a few raspberries on the whipped cream, sprinkle on the sliced almonds and serve. 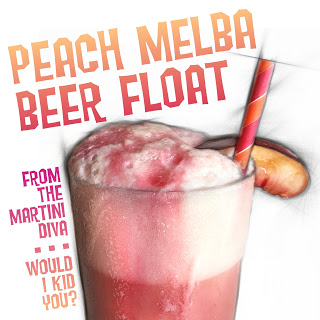