History of the Cocktail 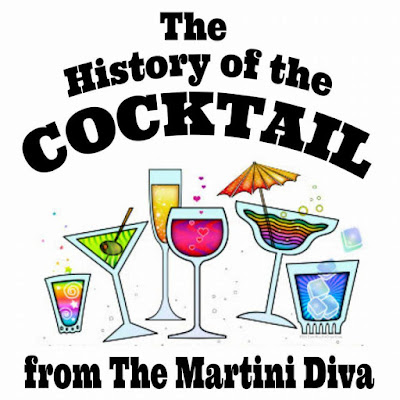 The Birth & History of the Cocktail

Sometime in the 1880s a bartender at the Pendennis club in Louisville, Kentucky created a Bourbon whiskey cocktail which caught the fancy of Bourbon distiller Colonel James E. Pepper. Col. Pepper then introduced the concoction to the Waldorf-Astoria Hotel in New York City and The Brandy Old Fashioned became party of cocktail history.

It's possible that the Brandy Old Fashioned is one of the very first modern day drinks to be called a "cocktail". The earliest known printed use of the word “cocktail” was in 'The Farmer’s Cabinet' published in April 28, 1803 with the first definition of the word coming in May 13, 1806 in the 'Balance and Columbian Repository' and it's description is a very close approximation to the recipe for a Brandy Old Fashioned:

“Cocktail is a stimulating liquor composed of spirits of any kind, sugar, water, and bitters — it is vulgarly called a bittered sling and is supposed to be an excellent electioneering potion, inasmuch as it renders the heart stout and bold, at the same time that it fuddles the head. It is said, also to be of great use to a Democratic candidate: because a person, having swallowed a glass of it, is ready to swallow anything else.”

Bittered Sling? Can you imagine if the word "cocktail" had never come into use? We'd be throwing "Bittered Sling" parties and Happy Hour might have been called Bitter Hour. Who would want to go out after work for some fun at Bitter Hour?? 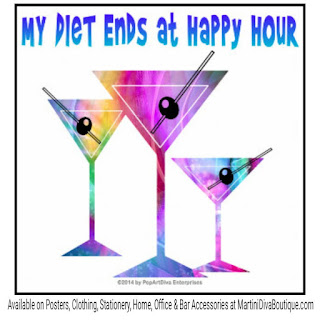 Why are they called "Cocktails"?

No one has ever been able to truly pinpoint where the term "cocktail" originated. There are several stories of the etymology of "cocktail" but none are confirmed fact.

One version has it that during the Revolutionary war, in a tavern near Elmsford, New York, French and American soldiers would mix their spirits together during toasts that occurred later in the evening. On one such evening of camaraderie and merriment one of the soldiers stole a rooster from the tavern's Tory Supporting neighbor, whereupon the customers of the tavern promptly cooked and served the bird and garnished their cups with the rooster's tail feathers, celebrating their adventure and purloined meal with the toast "Vive le Cocktail"

A slightly different version of the above story concerns a rooster stolen from an innkeeper who was involved in the practice of cockfighting. The stolen bird was his prize fighting cock. The innkeeper was so grateful when a young Army lieutenant found and returned the hapless bird he ordered his daughter to mix the young man the finest drink she could prepare. It just so happens that drink was supposedly a mixture of Angostura Bitters, Wine of Roots and the best Whiskey in the tavern. As not one tail feather of the aforementioned poultry was lost in the incident the tavern’s toast was “to the cock’s tail”.

There is yet a third version of this story wherein Yorktown innkeeper Betsy Flanagan stole a rooster from her English neighbor and served it up to her guests as a meal, followed by drinks decorated with the tail feathers of the burgled bird. Her tickled guests then called for more drinks by demanding more “cocktails.”

Another story that has it's beginnings in New Orleans during the 1800s contends that the word "cocktail" is derived from the use of serving these mixed spirit drinks in a "coquetier” - a French double-ended egg-cup.

Still another possible origin might have derived from the 1700s practice of feeding horses a stimulant that was a mixture of ginger and water to get the equine animal stimulated prior to a showing - i.e. “cock-it’s-tail” though I find this one a bit far fetched myself.

A possible version from the 'Morris Dictionary of Word and Phrase Origins' states that a “cock” is a tap on a barrel with the dregs of the barrels contents being “the cock’s tail”. Thus anything mixed from the dregs would then be a “cocktail”.

During Prohibition the cocktail provided many a speakeasy a palatable method of serving up some extremely low quality alcohol. Because of the laws prohibiting legal - and monitored - distillation of alcohol there was a great amount of bad tasting, low quality and even sometimes dangerous liquor being brewed by all nature of law breaking citizens. Bathtub gin being the easiest and cheapest to manufacture, it became a staple of clandestine drinking establishments of the day. To hide the bad taste and quality, clever purveyors of illegal booze would mix in other ingredients and serve their concoctions in fancy dress (garnishes and unique glassware) to make their “cocktails” palatable.

Despite it’s unknown origin, the cocktail had risen above it’s somewhat questionable origins and become the star of the five o’clock hour world wide. From such humble origins arose the crafted cocktails of today’s chic bistros and bars. 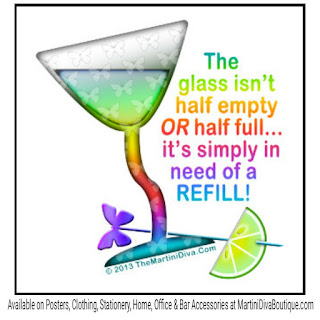 An interesting little tidbit about the birth of the Cocktail Party:

Supposedly the very first cocktail party ever thrown was given by a Mrs. Julius S. Walsh, Jr in St. Louis in May of 1917. Mrs. Walsh opened her home on a Sunday for a luncheon, serving "cocktails" to her guests for one hour before lunch was served.

If you are a fanatic about Happy Hour you can still make a pilgrimage to the site of the very first cocktail party as her home at 4510 Lindell Boulevard in St. Louis still stands - but bring a donation, the home is now owned by The Roman Catholic Archdiocese of St. Louis and serves as the residence for the Archbishop. In 1999 the birthplace of the cocktail party even played host to Pope John Paul II.