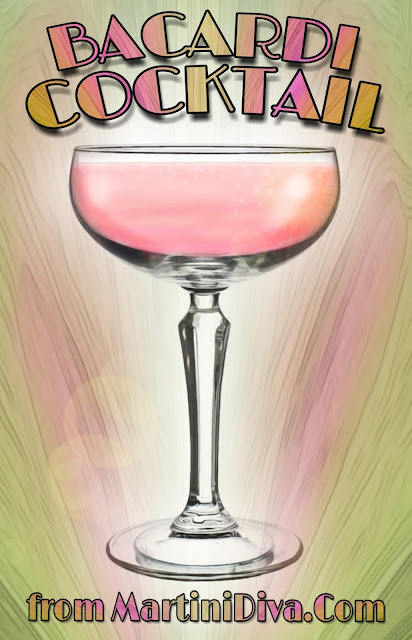 If you look closely at the poster below, you will note that even Bacardi itself calls the version without Grenadine a dry version of the Bacardi Cocktail, whereas they called the version with the Grenadine a sweet version. Also note the smaller ingredient sizes, that's because cocktail glasses were smaller back in those days. 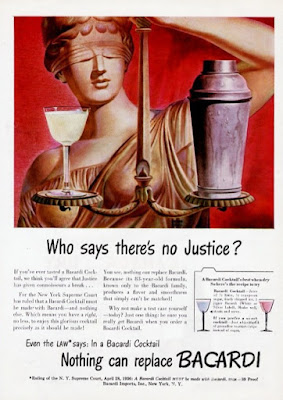 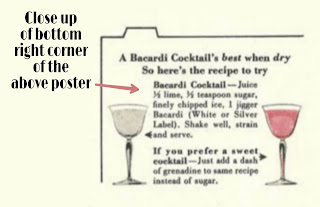 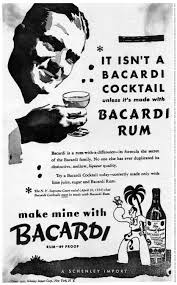 So be aware, if it doesn't use Bacardi, you can't legally call it a Bacardi Cocktail! 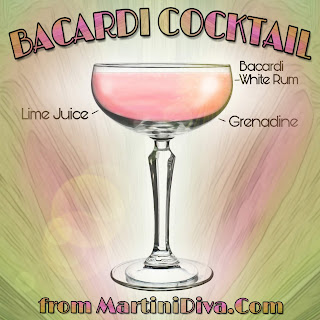 DIRECTIONS
Shake together in a mixer with ice.
Strain into glass and serve.
VOICEOVER VIDEO with Ingredients & Directions:
*  The Essential Cocktail: The Art of Mixing Perfect Drinks by Dale DeGroff

** Generally, when any cocktail calls for grenadine, I will use my Homemade Grenadine Syrup in place of bottled Grenadines. In this case, I do not because bottled syrup is part of the balance of the original cocktail recipe.
Bacardi's birthday is February 4th.