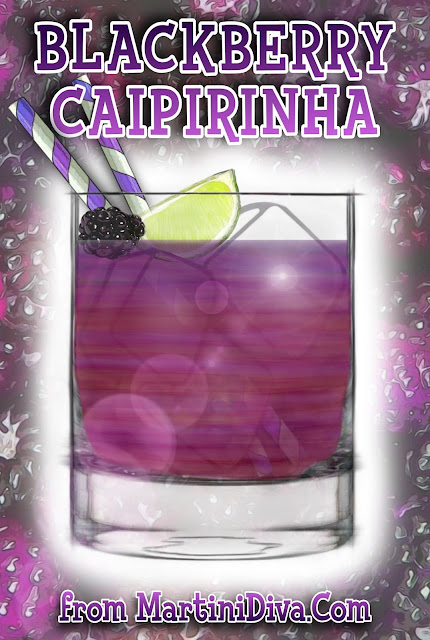 Cachaça: kah/SHAH/sah
Caipirinha: ky/pah/REE/nyah
The Caipirinha? Think of it as Brazil's answer to the Mojito, except with cachaça instead of rum. There's also a vodka version called a Caipiroska, but that's another post.
The Caipirinha, Brazil's national cocktail, is made with Cachaça, (also known as pinga, or caninha) which is Brazil's very popular distilled alcoholic beverage. Originally concocted as a cure for the Spanish flu, the original drink started out with lime, garlic and honey. Someone along the way had the wherewithal to remove the garlic and toss in a few ice cubes and the Caipirinha was born.
I took the basics and added a blackberry brandy float and blackberries, because I can never leave well enough alone ... and I had gorgeous, giant Driscoll's blackberries. 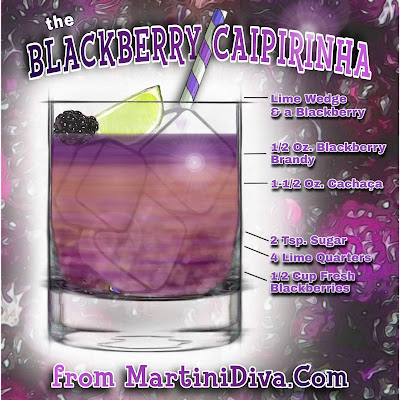 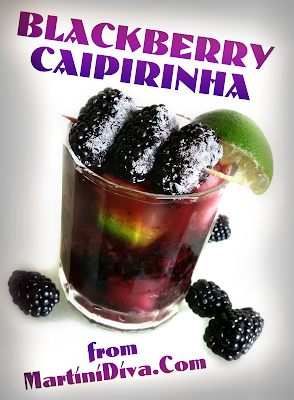 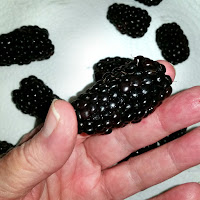 Try out some of my other
BLACKBERRY COCKTAILS