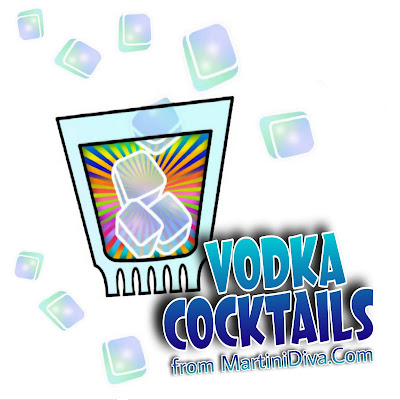 Tell us, what forces you
to drink vodka every day?
- Nothing. I'm a volunteer.
Apologies right up front, but you're not getting a neat list of vodka cocktails today.
I have hundreds of cocktail recipes featuring vodka and flavored vodkas (so many in fact that I've lost count of how many, but there's one here for just about everyone from A to Z, Soup to Nuts), the lust would scroll for days!
INSTEAD, I suggest you use my search bar (upper right hand ↗️) for vodka plus whatever you want to use it with:
TYPE VODKA + WhateverYouWant IN MY SEARCH BAR
and every vodka recipe I've ever posted with those ingredients will come up.
That being said, I have to at least post
a few of my personal favorite
Classic
VODKA COCKTAILS
APPLE MARTINI
So sue me, I still love an Apple Martini!
BLOODY MARYS
Brunch doesn't happen without one.
CHOCOLATE MARTINI
Still the best.
COSMOPOLITAN
Done right it's superb.
ELDERFLOWER SALTY DOG
Like Spring in a glass.
ESPRESSO MARTINI
Perks happy hour up.
HARVEY WALLBANGER
I just love saying wallbanger ...
LEMON DROP
Still a delicious cocktail after half a century.
SCREWDRIVER
(Fresh Squeezed Orange Juice Only)
SMOKY DIRTY MARTINI
O.M.Gawd!
VESPER
Good way to test a bartender.
WHITE RUSSIAN
The Dude is not wrong. 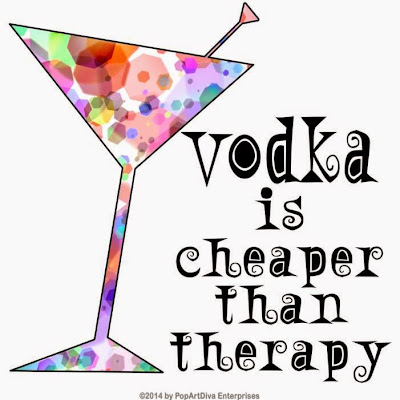 "Vodka is cheaper than therapy" on Fully Customizable Art & Gifts


POUR VODKA ON IT!
Check out the
31 REASONS WHY EVERYONE
SHOULD STOCK A BOTTLE OF VODKA
(Other than just for cocktails!) 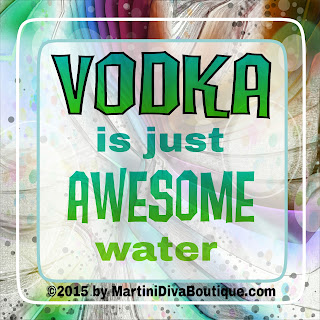 SOME INTERESTING VODKA FACTS
The word "vodka" comes from the Russian word "Zhizennia voda" which means "water of life".


I believe that if life gives you lemons,
you should make lemonade...
And try to find somebody
whose life has given them vodka,
and have a party
~ Ron White
Updated 10-2021
PLEASE DRINK RESPONSIBLY
Posted by Pop Art Diva Enterprises at 5:00 AM