I get asked all the time, "What's the best vodka to buy?" and I kind of consider that a loaded question.  When it comes to what "tastes good"  the first thing to be considered is the subjectivity of flavor.  Like food and art, a person's favorite flavors are determined by their own personal preferences, each person's unique palate will determine what "tastes good" to them.

Vodka is considered an excellent alcohol for mixing cocktails by many because it's said to be flavorless** however,  that is not completely the case. Traditionally made from fermented substances like grains, primarily wheat and rye, and/or potatoes, vodka is composed primarily of ethanol and water, but each vodka brand has a flavor, nose and backtaste of it's own stemming from the recipe and distillation processes used.

Though these differences are a subtle distinction, most "experts" would tell you that a good vodka has a smooth "finish" while a cheaper vodka will burn as it goes down your throat.  As for most of us - the non-experts - the video below is pretty revealing:


In the Happy Hour world of today there are literally hundreds of vodka brands on the market worldwide with new companies jumping on the bandwagon on a weekly basis.  The fight for domination of the vodka market continues and everyone wants to enter the fray and become the champion of the most popular liquor of this generation.  In order to do this they are pulling out all the stops with new flavor infused vodkas, sexy bottles, expensive packaging and branding campaigns that want to convince you that if your don't drink their vodka you are not Cool, Sexy, Young, Vibrant, Powerful, Intelligent, Rich or whatever other desire they can feed into to sell you their vodka.

So, can I tell you what is and isn't a "good" vodka? Not really.  I'm not a "vodka expert" by any means, and judging by the video above, not too many people are.  I don't drink vodka straight as a cocktail, for me vodka is my favorite liquor for mixing my martinis and that's because of it's subtle taste. What I can tell you is that a good vodka will not burn as it goes down your throat and the better made vodkas are, in my experience, less likely to leave you with a hangover because they have been filtered more and have removed more of the cogeners (toxins) that cause your body strife.  As for taste, I suggest you belly up to the bar at your local bistro and do some taste testing of various vodka brands to see which vodka goes down the smoothest and leaves you with an aftertaste you consider pleasant.

I will also tell you that price does not always reflect quality. Price reflects only two things; how much money was spent on the packaging and branding and what the market will bear.  It's a common belief that "expensive is better" and marketing people are well aware of this, it's simply a matter of how they decide to position their brand to their desire target demographic or market.

That being said I have to tell you I'm a sucker for a really cool, sexy or arty bottle - I can't help it, I'm an artist by trade and pretty things appeal to me.  So, instead of telling you what a good vodka is I would rather show you some of the coolest looking vodkas out there: 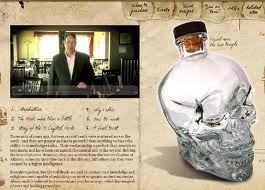 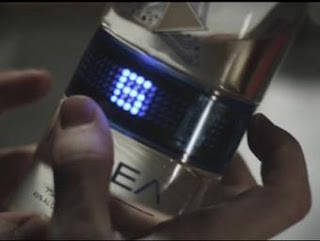 A Technogeek boozers dream, Medea's bottle comes with it's own programmable LED Label! You can program up to six messages of 255 characters each and they will scroll across your bottle sending out whatever message you want to input! You not only get vodka, you get mood lighting and a cool way to light up your thoughts!


So, tell me, What's your vodka of choice and why?

*The word vodka comes from the Slavic word voda which translates as water and, according to the Gin and Vodka Association (GVA), it was first distilled in Russia in the late 9th Century. Other sources, such as the  Encyclopædia Britannica trace the birth of vodka back only to the 14th Century.

**The Bureau of Alcohol, Tobacco, Firearms and Explosives, the agency which governs spirits sold in the United States, vodka is defined as a neutral spirit "without distinctive character, aroma, taste or color."