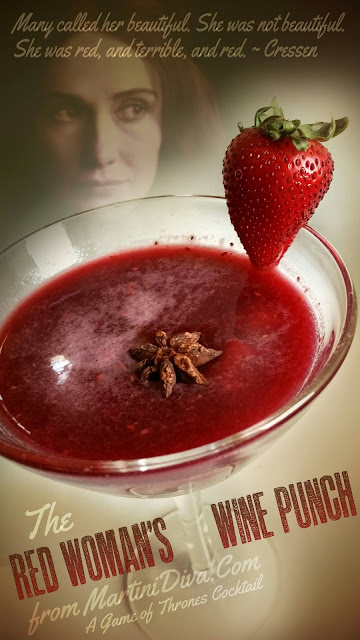 "Lord of Light! Come to us in our darkness. We offer you these false gods. Take them and cast your light upon us. For the night is dark and full of terrors."

Melisandre, The Red Woman. Is she evil? Is she good? Let's do a quick checklist.

Good: she brought Jon Snow back to life. Of course she believes he's the reincarnation of legendary hero Azor Ahai, the "Prince That Was Promised", so this might have been a selfish move. Which she wasn't even sure she could accomplish. But she did and that's good. All I got for good so far. Except she looks really great in blood red.

Bad: In her effort to serve her God, R’hllor, the Lord of Light, she tried to  get Stannis (whom she originally thought was the prince that was promised) a crown by creating murderous Shadow Demons and offering up Stannis' daughter as sacrifice to her quest, amongst other evil queen-ish maneuvers. 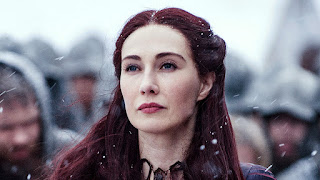 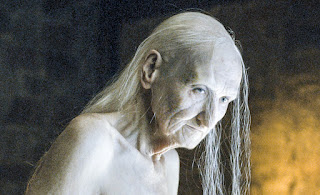 She also uses some form of magic to stay young. You might believe it's that ruby red necklace, I think she bathes in in the blood of newborn babies, or something equally Wicked Witch-ish. 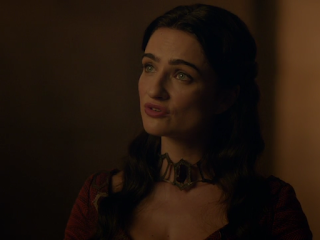 To complicate things, there might even be another Red Woman making her presence known in upcoming episodes. A mysterious woman named Kinvara showed up in Meereen this season wearing the same ruby red necklace! Does she believe that Daenerys Targaryen is Azor Ahai?

Either way, I can't see any high priestess of R’hllor drinking anything but a spiced, blood red wine punch ... probably spiced with dried baby tears or desiccated bunny tails ...

Garnish: Frozen raspberries, A fresh strawberry and an anise pod

DIRECTIONS:
Combine all the ingredients in a cocktail shaker and shake until icy cold.
Straight into your goblets, garnish and serve. 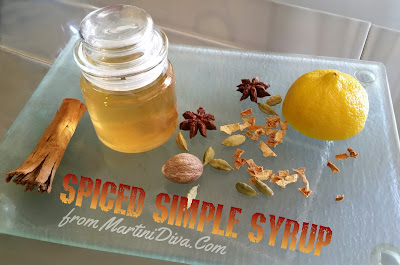 Bring all the ingredients to a boil, reduce the heat and allow to simmer five minutes. Cool, strain and store, sealed and refrigerated, for up to a month.
This simple syrup can be used not only for cocktails, but for hot and cold tea, hot toddys and even for a spiced cocoa.

As for our Red Women, I leave it to you to work out who's good, evil or just plain fanatical, but keep this quote, from one of the good guys, in mind:

The Lord of Light wants his enemies burned.
~ Tyrion Lannister 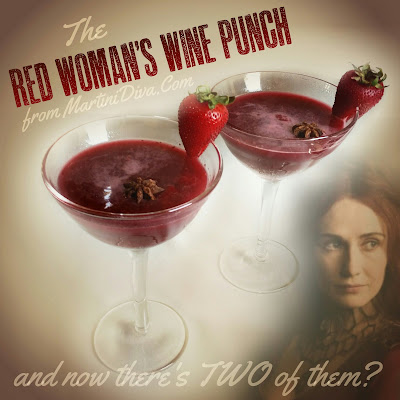