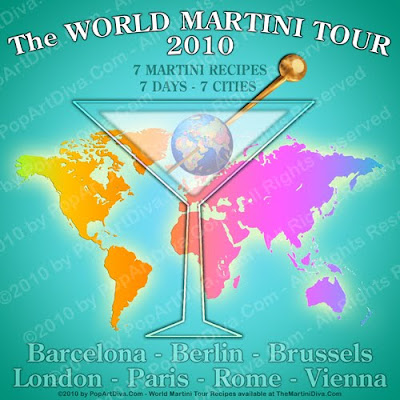 The Germans are known for their schnapps, especially the peppermint flavored ones, but they also have a few cinnamon and apple flavored schnapps which are quite nice.
Apfelkorn (originally called AppelKorn) was created in the 1970’s by Hans and Friedrich Berentzen as a result of an underground trend of a younger generation of drinkers. During the mid seventies an underground of young club goers were drinking a cocktail of apple juice mixed with “Korn” which is a liquor made from grain. The Berentzen’s saw a niche market for an apple flavored Korn and ApfelKorn was born!

I suppose the Wild Turkey is a bit outside of the Berlin underground but Bourbon and apple just blend so nicely together that I couldn’t resist. My father’s family has its roots in Kentucky and I am a died-in-the-wool believer that the best whiskey in the world is made there, I drink no other Bourbon. “All Bourbons are whiskey but not all whiskeys are Bourbon!”

However, Germany, the home of the famous Brandenburg Gate, beats the heck out of Kentucky for beer!

GET THE RECIPE FOR MY
UNDERGROUND MARTINI RECIPE

You might want to try heating this recipe up sometime too – it will take the chill off your nose and the freeze off your toes, something that can come in quite handy if you happen to be skiing in the German Alps or just out shootin’ a wild turkey in the Black Mountain region of the Appalachians. 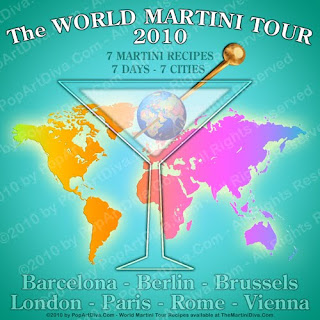