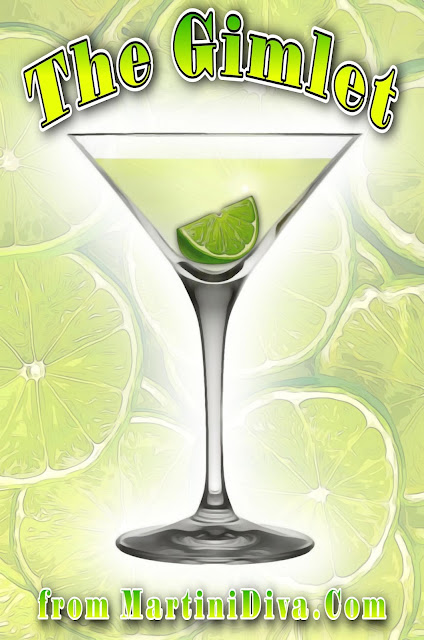 The Gimlet is a martini with Rose's Lime Cordial instead of vermouth. It's that simple. While you might find a few recipes out there that include some simple syrup that is not a true Gimlet. A Vodka Gimlet replaces the gin with vodka.
The Gimlet is a cocktail recipe straight out of the high seas. Once upon a time lime juice was used as a preventative for scurvy but aboard British Naval ships storing limes was cumbersome and they didn't last over long voyages. When Rose's was created in 1867 as a way of preserving lime juice it was adopted by British Naval surgeon and Rear Admiral Sir Thomas Gimlette and served to sailors in their Daily Rum Tot and to the officers with an equal measure of Navy strength (114 proof) gin. Eventually the gin version was named after its creator and the Gimlet was born.
Generally I prefer fresh lime juice with the addition of simple syrup to Rose's in any of my cocktails, but according to the Holy Grail of Cocktail Books, The Savoy Cocktail Book, 1930 by Harry Craddock the recipe is what it is. 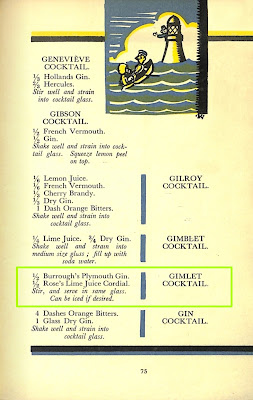 Additionally, according to the character Terry Lennox in Raymond Chandler's The Long Goodbye (who turned the Gimlet into a popular mid-century modern cocktail of Mad Men* and bored housewives),
"a real gimlet is half gin and half Rose's lime juice and nothing else."
He's got a point, changing the Rose's to fresh lime gives this cocktail an entirely different flavor as Rose's has it's own unique taste. So, again, it is what it is. 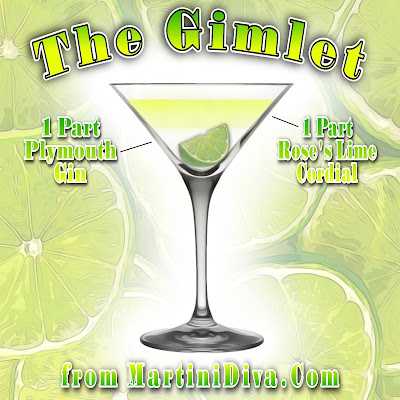 DIRECTIONS
Fill a cocktail pitcher with ice,  add ingredients, stir briskly then strain into a chilled cocktail glass and garnish with a lime slice.
VOICEOVER VIDEO WITH INGREDIENTS AND DIRECTIONS:
* AMCs MAD MEN lists the Vodka Gimlet as one of their classic 1960s cocktails.
** I believe the stronger, earthier botanicals in the drier Plymouth Gin can hold its own with the Rose's but a London Dry Gin is also acceptable.
Get this GIMLET COCKTAIL RECIPE ART on Posters & Prints, Party & Bar Supplies, Cards & More Gifts:
Updated 11-2021
PLEASE DRINK RESPONSIBLY
Posted by Pop Art Diva Enterprises at 8:10 AM