The Twelve Days of BOOZEMAS! Holiday Cocktail Humor for a HoHoHappyHour! 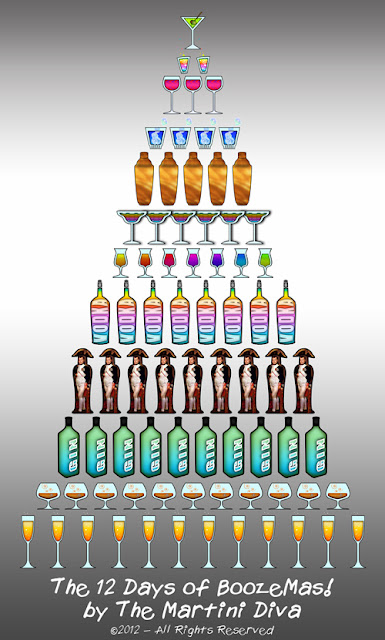 On the first day of BoozeMas my true love gave to me
an Olive in a Dry Martini.

On the second day of BoozeMas my true love gave to me
Two Shots of Rum,
and an Olive in a Dry Martini.

On the third day of BoozeMas my true love gave to me
Three French Wines,
Two Shots of Rum,
and an Olive in a Dry Martini.

On the fourth day of BoozeMas my true love gave to me
Four Whiskey Sours,
Three French Wines,
Two Shots of Rum,
and an Olive in a Dry Martini.

On the fifth day of BoozeMas my true love gave to me
Five Gold Shakers!
Four Whiskey Sours,
Three French Wines,
Two Shots of Rum,
and an Olive in a Dry Martini.

On the sixth day of BoozeMas my true love gave to me
Six Margaritas,
Five Gold Shakers!
Four Whiskey Sours,
Three French Wines,
Two Shots of Rum,
and an Olive in a Dry Martini.

On the thirteenth day of BoozeMas....
he was out of money and I was so drunk I didn't wake up until New Years.....

HAVE A SAFE, JOYFUL & HAPPY HOLIDAY
from The Martini Diva! 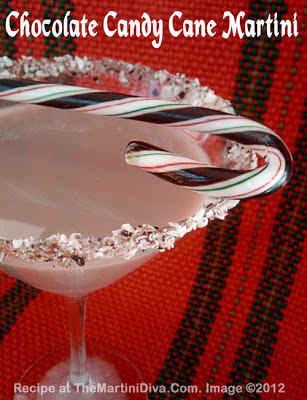 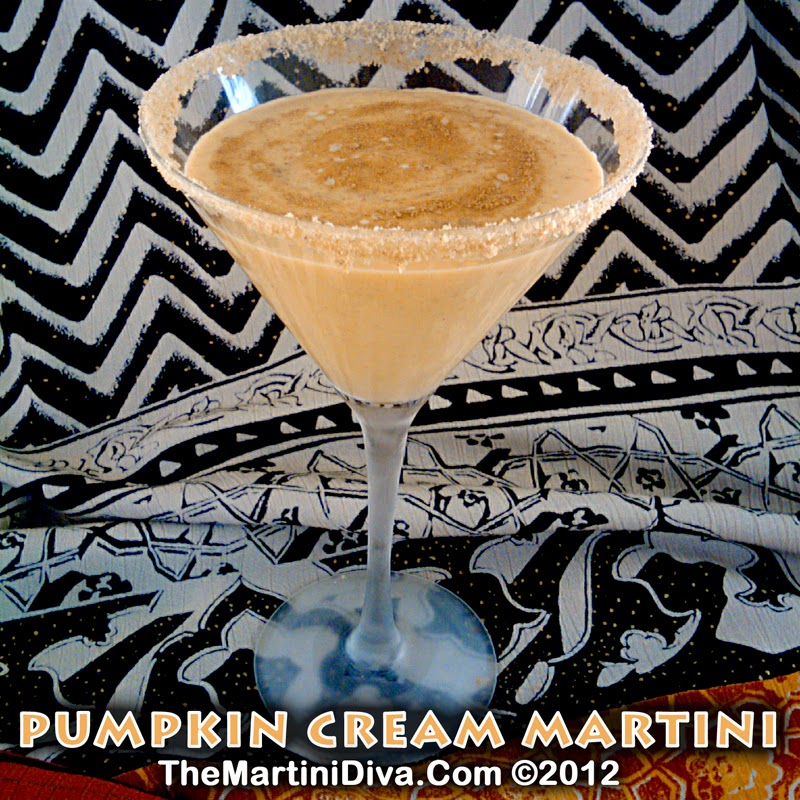 I picked up a bottle of Pinnacle's newest flavor, Pumpkin Pie Vodka, the other day to give it a try. I've been doing Pumpkin Pie Martinis for several years now using a variety of pumpkin liquors including Hiram Walker's Pumpkin Pie Spice Liquor and Bol's Pumpkin Smash Liquor.  Last year I made my own Pumpkin Liqueur and used it.

The difference between these and a vodka is, of course, sugar.  The liquors are much sweeter due to sugars being added in the distillation process. There is obviously some sugar in the mix with the Pinnacle Pumpkin Pie Vodka as there is a slight stickiness to it, if the cap sticks there's sugar there somewhere! But I'm not one to nitpick if the overall product is good in the end.

And the Pinnacle Vodka is good. BUT it does not taste or smell as much like pumpkin pie as I had hoped. When I opened the bottle I did my regular routine of smell, sip, swirl and swallow.  There was not a hint of pumpkin pie in the nose, in fact I thought it smelled a lot like cream soda!  When I took a sip I tasted cream soda immediately as well, then slowly, on the backtaste along with the slight booze burn, I got a hint of the pumpkin and a tiny waft of pumpkin pie spices, but not enough to live up to it's name.

Overall I really enjoyed this vodka, it went down with just a mild burn and it was not too sweet.  I liked it well enough that I sat and sipped a small glass of it as I relaxed after working. In fact, you can see I've got this bottle already half gone, but this vodka will not make a pumpkin pie tasting cocktail without some work and a lot of help from other ingredients.

Sorry, Pinnacle, this time you missed the mark on your name - but you still made a decent tasting vodka!  I'll keep it in my bar because I can imagine a lot of combinations of flavors in future cocktails and I will definitely use it as a nice sipping vodka!  But maybe you should rename it "Cream Soda Vodka"....

Now, on to the mixing of the martini.  Because the vodka did not bring big pumpkin or spice flavor to the mix I pulled out a can of pumpkin puree and my pumpkin pie spices and got to work.  What I ended up with was another really good pumpkin pie cocktail - this time a little creamier than my others hence:

Take a handful of baked pie crust and crush it in a plastic bag to a medium to fine crumb. Add 1/2 teaspoon of sugar and 1/2 teaspoon of pumpkin pie spice and mix well. Dip your martini glass in some of the pumpkin puree then into this mixture and chill in the freezer.

Pour the pumpkin pie vodka, the pumpkin puree, the half & half, honey, powdered sugar and the other 1/2 teaspoon of pumpkin pie spice in a blender, add 2 ice cubes and blend until smooth.
Pour into your chilled and rimmed martini glass and serve.

If you like you can add a dollop of whipped cream on top but, frankly, I just sprinkled on a bit more of the spice as I think this martini was rich enough without the extra cream.