REPEAL (of Prohibition) DAY - A Grand Excuse for a Gin Cocktail 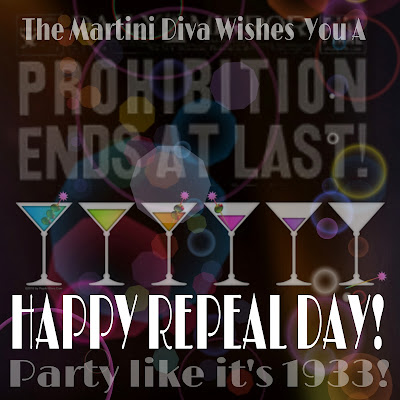 Today we celebrate the ratification of the Twenty-First Amendment to the Constitution aka the repeal of Prohibition.  This revoked the Eighteenth Amendment and ended a 13 year ban on the sale and distribution of alcohol in the United States between the years of 1919 to 1933.

The Eighteenth Amendment essentially took the business licenses away from every brewer, distiller, vintner, wholesaler and retailer of alcoholic beverages in the United States while the Volstead Act (otherwise known as the National Prohibition Act) gave   the “Commissioner of Internal Revenue, his assistants, agents, and inspectors” the power to enforce the 18th Amendment.

Of all the cocktails that you can now legally drink, today is a perfect day to enjoy some Gin Cocktails because gin (or rather "bathtub" gin) was the true darling of the era of illegal alcohol and speakeasies. Gin became synonymous with prohibition for one reason, it did not require the aging of whiskey which had been the more popular liquor in the U.S. prior to the ban on alcohol.  Gin could be, and was, brewed in all manner of slap-dash distilleries - including bathtubs! -  thus prohibition ushered in the era of bathtub gin and gin joints and the Gin Martini became the godfather of cocktails!

“Of all the gin joints in all the towns in all the world, she walks into mine.” Rick Blain (Humphrey Bogart), Casablanca

You might also enjoy trying these
Vintage Prohibition Era Cocktails

National Repeal Day was instituted by Jeffrey Morgenthaler in the mid-2000s, who said if there's any day to celebrate alcohol this is the one and I wholeheartedly agree. I don't know if he's done it yet, but I suggest he petition the White House to make this a national holiday. 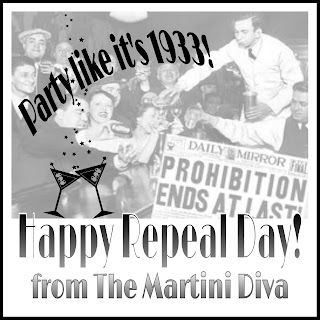