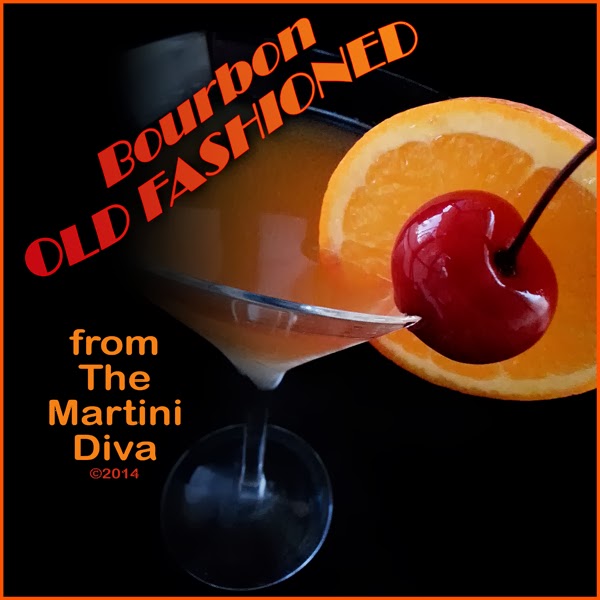 Why do you remove the orange rind after muddling? Because you're extracted all the zest and flavor and what's left, the rind, is simply a bitter hull.  You're adding some lovely flavored bitters instead!

I admit to adding a little extra juice from the orange and an extra teaspoon of sugar for my own personal version and I shake or stir it a bit longer to dilute the cocktail a bit. Yes, I'm a bit of a pansy.

HISTORY OF THE OLD FASHIONED:
The Old Fashioned is possibly one of the oldest drinks to be called a cocktail.  The earliest known printed use of the word “cocktail” was in 'The Farmer’s Cabinet' published in April 28, 1803 with the first definition of the word coming in May 13, 1806 in the 'Balance and Columbian Repository' and it's description is a very close approximation to the recipe for an Old Fashioned made with brandy:

“Cocktail is a stimulating liquor composed of spirits of any kind, sugar, water, and bitters — it is vulgarly called a bittered sling and is supposed to be an excellent electioneering potion, inasmuch as it renders the heart stout and bold, at the same time that it fuddles the head. It is said, also to be of great use to a Democratic candidate: because a person, having swallowed a glass of it, is ready to swallow anything else.”