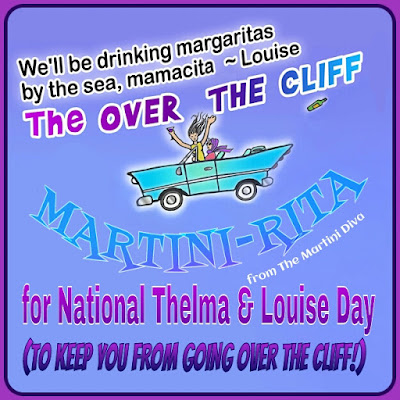 The
OVER THE CLIFF
BLACKBERRY MARGARITA 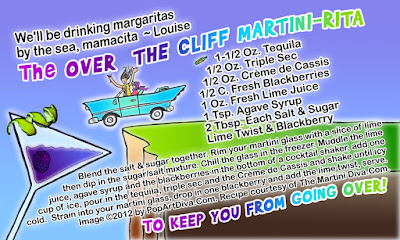 The movie Thelma & Louise was released on May 24th, 1991 and became an instant classic. It starred Geena Davis as Thelma and Susan Sarandon as Louise and it was the film that introduced the movie going audience to a young Brad Pitt.

Though Thelma & Louise are drinking whiskey in the car as they head out on their road trip escape, I decided to make this a margarita because of the quote that sums up the reason for Thelma and Louise to head out on the road and away from the lives they are chained to:

We'll be drinking margaritas by the sea, mamacita ~ Louise

This Blackberry Margarita is a perfect way to celebrate the classic heroines of the movie Thelma & Louise. Filled with luscious and sweet blackberries it's kicked into gear by a nice shot of Creme de Cassis to go with the tequila. I think Thelma and Louise would have approved. 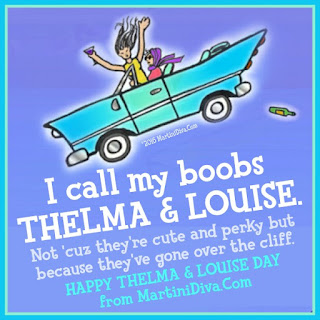 HAPPY THELMA & LOUISE DAY!
Stay away from those cliffs. 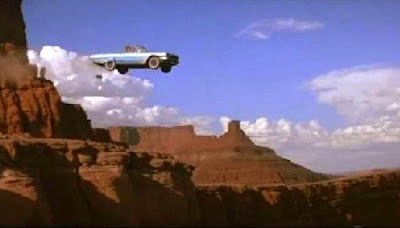