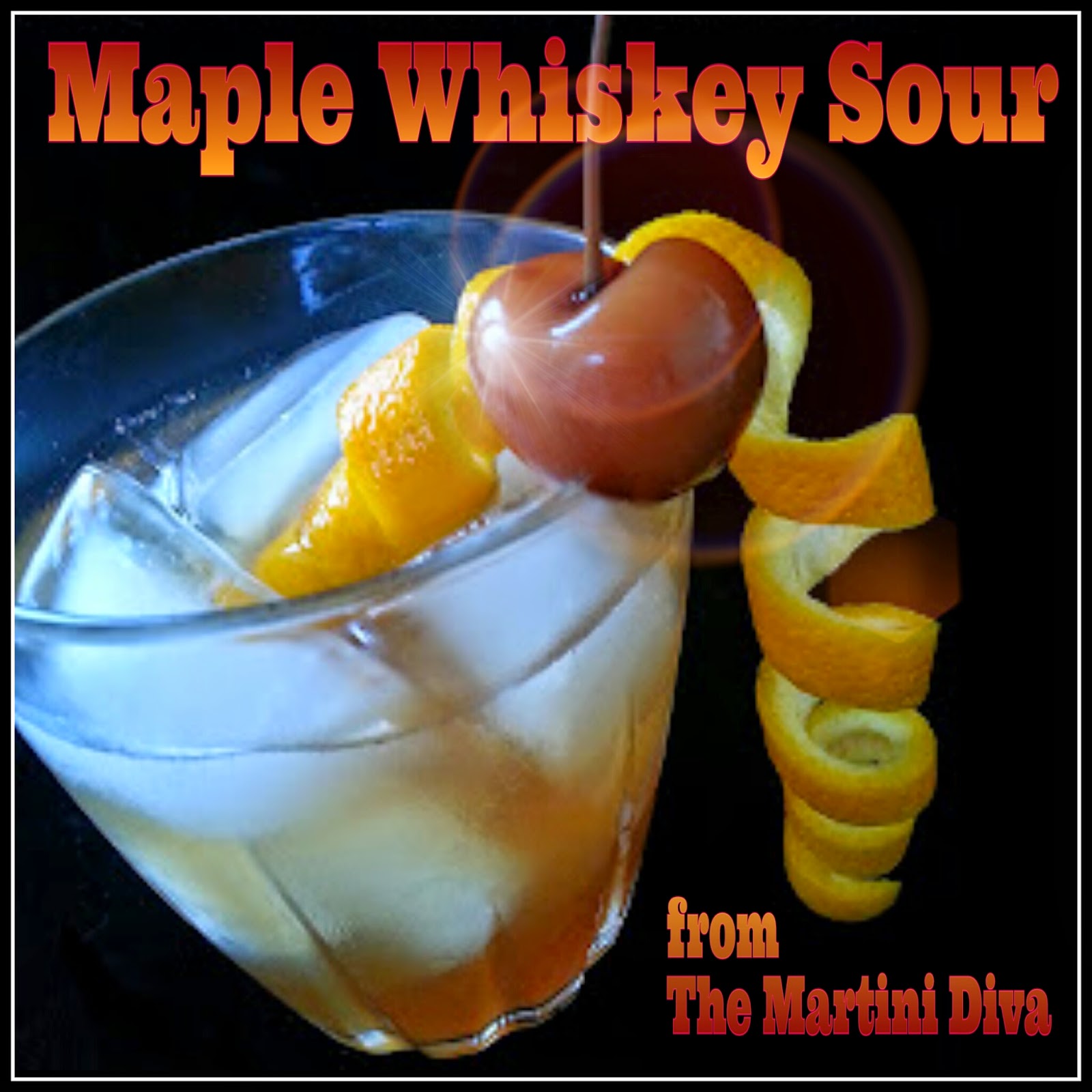 Fill your glass with ice, add a drop or two of Angostura bitters, then pour in the whiskey. Add the maple syrup and the lemon juice and stir. Garnish with a Homemade Maraschino Cherry and an orange twist.

The word itself comes from the Gaelic "usquebaugh", (uisge beatha in Scottish, uisce beatha in Irish), with "uisce" being from the Old Irish for "water" and "beatha or bethad" for "of life". Ergo, whiskey is "the water of life"!

When whiskey was being exported from Ireland and Scotland to America in the late 1800's the Irish wanted to distinguish their whiskey from what they considered inferior Scottish whisky so they added and "e". Today most Americans and Irish spell it "whiskey" while the Scots still spell it "whisky".

From the historical cocktail class of sours, a recipe for a Whiskey Sour was first published in Jerry Thomas’ How to Mix Drinks (1862), but the first printed mention was purportedly in January 4th 1870 in a Wisconsin newspaper called the Waukesha Plaindealer. A Peruvian newspaper called El Comercio de Iquique states that Elliott Stubb created the "Whisky Sour" in 1872.

Add egg white and it's a Boston Sour, add a float of red wine (Claret, Bordeaux, Cabernet) and you have s New York Sour.
PLEASE DRINK RESPONSIBLY
Posted by Pop Art Diva Enterprises at 9:03 AM