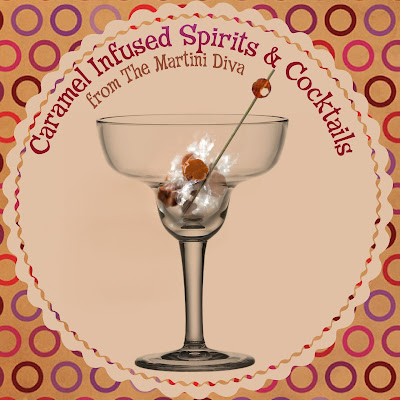 After I saw a tweet from McCrea's Candies for their Single Malt Scotch Caramels, retweeted and commented on it, they generously sent me a lovely assortment of the various flavors of their handcrafted caramels so I could apply some happy hour magic and turn them into cocktails.
The say on their website "No Chemicals, No Corn Syrup, No Compromise" and that's evident the moment you pop one in your mouth. They are creamy, melt-in-your mouth morsels of true, really natural, caramel excellence. It was a real challenge for me to keep from eating them all up before they ended up in any booze.
As for infusing my cocktails with them, I realized the easiest way to do this was to turn them into liquid form. The only way to do that, without altering their culinary quality, was to infuse them directly into the spirits themselves. As it turned out, I couldn't have made a better decision. These particular caramels dissolved perfectly in the liquors, had very little sediment to filter out because they were all natural, and they imparted the most amazing creaminess to each of the spirits I used. I've used caramels before in infusions, but never to this high degree of finished product.  I ended up with really nice quality caramel liquors with each of the spirits I chose to pair them up with. 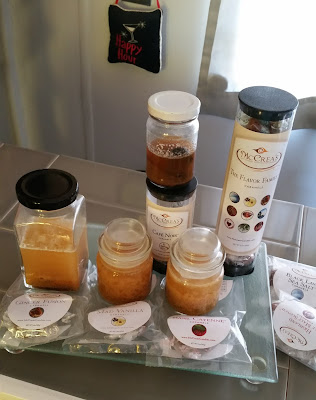 McCrea's Caramels
INFUSED SPIRITS ASSORTMENT
Tapped Maple in Bourbon
Mad Vanilla in Vodka
Ginger Fusion in Dark Rum
Basil Cayenne in Tequila
Cafe Noir in Courvoisier
Single Malt Scotch in Drambuie
Since I'm a big bourbon drinker I thought my favorite would be the Tapped Maple and bourbon, and it was really good, especially on ice cream, but I was very happily surprised by the Cafe Noir in the Courvoisier and the Basil Cayenne in the tequila. I also loved the Ginger Infusion in the dark rum, and I'm not a huge ginger fan. The Mad Vanilla in vodka was the best caramel vodka I've ever tried, it beat the large brand versions in real caramel flavor by a mile.
All of the infusions were perfect served straight, chilled and at room temperature, as a dessert drink but I did apply some as ingredients in cocktails and you'll find those recipes below.
As for the candies right out of the wrapper, as I said before, they are so good I almost gobbled them all up. They are not overly sweet, the balance of the ingredients hits nearly every taste sensation, the flavors did not overpower that lovely caramelized sugar taste and they really do melt in your mouth. The salted caramels were a big personal favorite.
The only negative comment I can make is I didn't care for the actual granules of coffee in the Cafe Noir caramel. You don't notice the coffee until the very end of the candy, after the sweet, creamy texture has almost completely dissolved, but that granular feel of the tiny bits of bitter coffee right at the end was not to my personal liking, but I LOVED the coffee flavor of the caramel. If you're fond of chocolate covered espresso beans, you might like the burst of almost pure coffee bean as a counterpoint to the decadent sweet, much like enjoying an espresso with dessert. It's a matter of taste and differences in palates.  Of course, this was not an issue when I did the infusion because I filtered the Cafe Noir Courvoisier and the bits of coffee bean were not present in the final liquor!
Other combinations to try?
Rosemary Truffle Sea Salt with gin, Deep Chocolate and Tapped Maple in vodka, rum or bourbon and the Ginger Infusion in sake. There's a lot of infusion possibilities with the flavor line from McCrea's, not to mention the kinds of ice creams you can melt these over and brownies and cookies you can enhance with a few McCrea's caramels.
As for those infusions I tested out, here is the recipe for full 750 milliliters bottles of liquor. I didn't have enough caramels of each flavor to do a full sized bottle, so I used one caramel per ounce of spirit. (Not complaining a bit, the folks at McCrea's were more than bountiful in their gift!)
Homemade
CARAMEL CANDY SPIRITS

INGREDIENTS:
1-1/2 Oz. Ginger Fusion Caramel Rum
1 Oz. Apple Pucker
1 Oz. Apple Cider
Caramel Sauce
Ice
DIRECTIONS:
Drizzle some caramel sauce into the bowl of your cocktail glass then immediately place in the freezer to freeze the drizzle in place.
Shake all the other ingredients over ice in a cocktail shaker, pour into your chilled glass and enjoy.
BASIL CHOCOLATE
CARAMEL MARGARITA
INGREDIENTS:
1-1/2 Oz. Basil Caramel Tequila
1 Oz. Dark Creme de Cacao
2 Tbsp. Half & Half
1 Tbsp. Orange Liqueur
Cocoa & Sugar
Chocolate
Ice
DIRECTIONS:
Dip your glass rim in some chocolate syrup then into the cocoa sugar then chill glass in freezer.
Add the Basil Caramel Infused Tequila, Dark creme de cacao, orange liqueur and half & half to a cocktail shaker filled with ice.
Shake until icy cold then pour into your rimmed glasses.
Garnish with the basil sprig and an orange slice and enjoy.
LAST WORD:
If you want to make great cocktails use great ingredients. McCrea's made these caramel candy infusions great. Frankly, I  had very little to do and I loved that.
PLEASE DRINK RESPONSIBLY
Posted by Pop Art Diva Enterprises at 8:30 PM

The AVIATION COCKTAIL Recipe and History 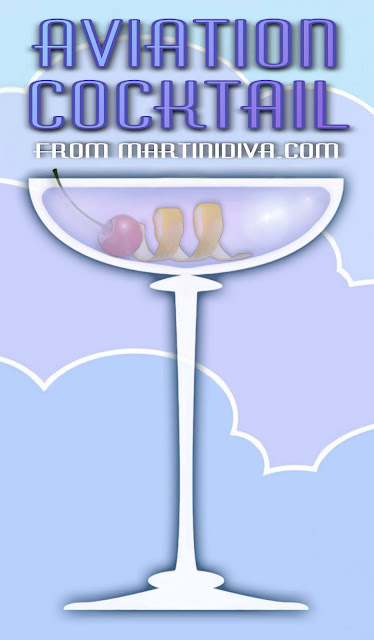 The Aviation Cocktail, basically a violet infused gin sour, was created by Hugo Ensslin, head bartender at the Hotel Wallick in New York, in the 1900's. Published in Ensslin's 1916 "Recipes for Mixed Drinks" his recipe called for 1-1/2 ounces of El Bart gin, 3/4 of an ounce of lemon juice, 2 dashes of Maraschino liqueur and 2 dashes Crème de Violette (a violet liqueur which gives the cocktail its singular pale blue-violet color).

Harry Craddock's 1930 "Savoy Cocktail Book" lists the recipe as two-thirds dry gin, one-third lemon juice, and two dashes of Maraschino liqueur, leaving out the Creme de Violette completely. This is the cocktail you will likely receive in most bars because, until Rothman and Winter came out with their version in 2007, Crème de Violette was no longer in existence. In my opinion, Craddock's recipe is not an Aviation as it is lacking both the floral notes of the violet flavor and that distinctive periwinkle color. It's understandable that most bars won't stock Crème de Violette as it is not used in that many cocktails but if they don't stock it then an Aviation should not be on their drinks menu.

Crème Yvette is sometimes substituted in versions that call for Crème de Violette but it's not a true violet liqueur as it uses a combination of berries and orange peel with the violet. As a result, I find this liqueur too fruity, too heavy and the violet notes too faint for the original intentions of the Aviation.

If you want to stick as close as possible to the original Aviation, then buy yourself a bottle of Rothman and Winters Crème de Violette, Luxardo Maraschino Liqueur and some good dry gin like Aviation (which, BTW, was named after the Aviation cocktail). I find the cardamom & lavender in the Aviation are a nice complement to the Crème de Violette's florals*. 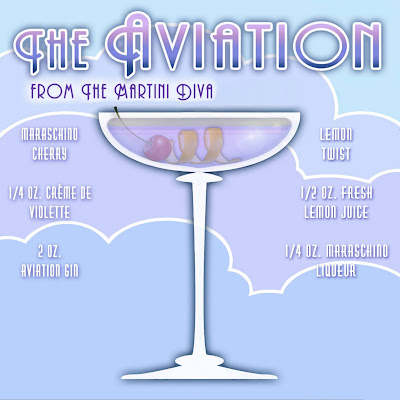 DIRECTIONS:
Chill your glass in the freezer.
Add the ingredients to an ice filled cocktail shaker and shake until well chilled.
Strain into your chilled glass. Garnish with a lemon twist and a Maraschino cherry.
VOICEOVER VIDEO WITH INGREDIENTS AND DIRECTIONS:
* Like Raymond Reddington (James Spader in NBC's The Blacklist) says in The Freelancer episode, "It's from the '20s, tastes like spring, doesn't it?" 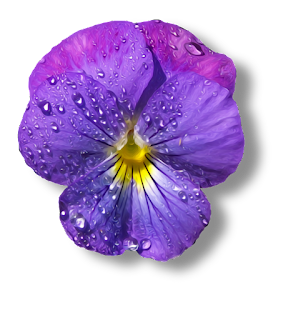