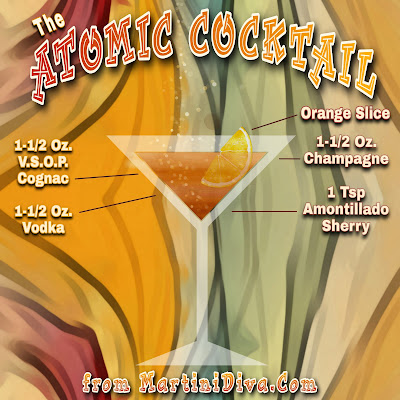 The Atomic Age, also known as the Atomic Era and the Nuclear Age or Era, is the current period of history which started following the detonation of the first nuclear weapon named The Gadget at the Trinity test in New Mexico, on July 16, 1945, during World War II.

In the middle of the twentieth century  mankind was simultaneously fascinated and frightened by the atomic bomb. Atomic bomb testing was so frequent in the Nevada desert it became a Las Vegas happy hour show and people would sip aptly dubbed high proof concoctions while watching mushroom clouds form over the desert. 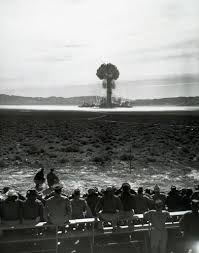 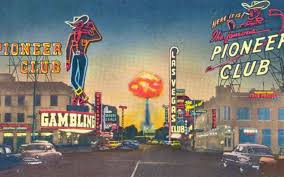 Though there was an entire group of drinks known as Atomic Cocktails during the heyday of nuclear tasting in the fifties, the recipe below seems to have survived the mid century happy hour holocaust to be the last and only true survivor.

Believe it or not this cocktail even had it's own song.

"It’s the drink that you don’t pour, now when you take one sip you won’t need anymore.
You’re small as a beetle or big as a whale.
Boom! Atomic Cocktail."
https://youtu.be/rUAYqtLQO9k 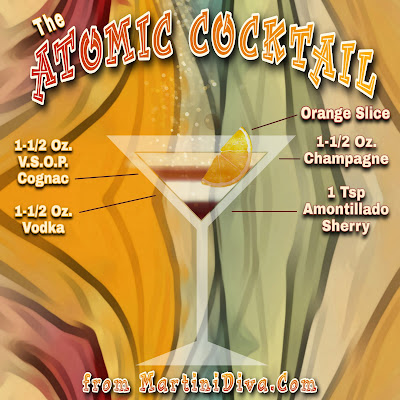 DIRECTIONS
Add the vodka, Cognac and sherry to a mixing glass filled with ice.
Slowly top off with Champagne.
Garnish with an orange slice and serve.

Voiceover Video with Ingredients and Directions: