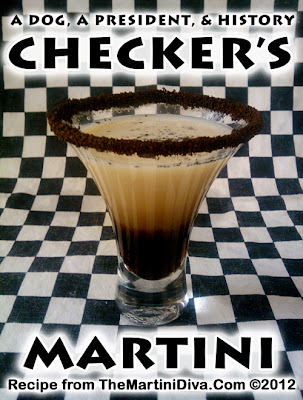 CHECKER'S MARTINI
No Silly, It's Not About the Game - It's About A Dog ...
and a COCKTAIL! Read on!

September 23rd is now recognized as Checker’s Day. Most people might immediately wonder why we have a day delegated to a simple board game and the fact of the matter is we don't - or if we do it's not September 23rd!

Checker's Day - note the apostrophe - actually refers to a dog, a Presidential Dog no less. You see, in on September 23rd, 1952, President Richard M. Nixon made his famous Checkers Speech in which he refers to a gift of a little black and white Cocker Spaniel:

“One other thing I probably should tell you, because if I don't they will probably be saying this about me, too. We did get something, a gift, after the election. You know what it was? It was a little Cocker Spaniel dog ... black and white, spotted, and our little girl Tricia, the six year old, named it Checkers. And you know, the kids, like all kids, loved the dog, and I just want to say this, right now, that regardless of what they say about it, we're going to keep it.”
~ President Richard Milhous Nixon 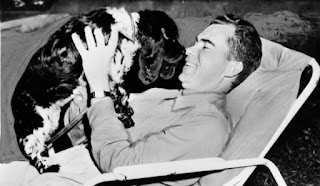 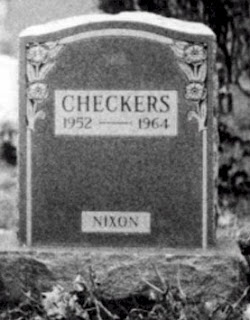 In honor of “Checkers” – who sadly went to the Rainbow Bridge in 1964 - here is my CHECKERS MARTINI. Unlike politics, this cocktail really is black and white!