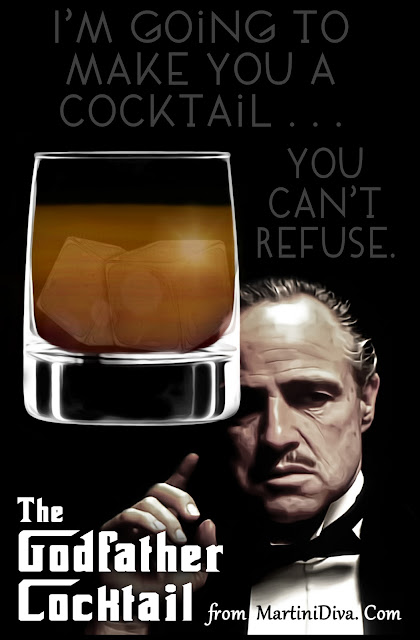 The Godfather, Cocktail
Based on the Mario Puzo novel of the same name, The Godfather was such a popular movie it is thought to have inspired this cocktail. According to Disaronno liqueur*, this was a favorite cocktail of Marlon Brando who played Don Corleone aka the Godfather in the movie. There's even a variation called the Marlon Brando Cocktail also known as a Godson (see below).

I can't confirm either of these rumors, however I will tell you that this was my go-to cocktail in the early seventies, along with a Godmother. As far as I know, there are no references to anything similar to the Godfather prior to the 70s, and with the Italian amaretto as part of the duo recipe, the connection to the movie does make sense. As for it being Brando's favorite drink, I suspect this is more marketing ploy than truth, but that's Disaronno's story and they're sticking to it. 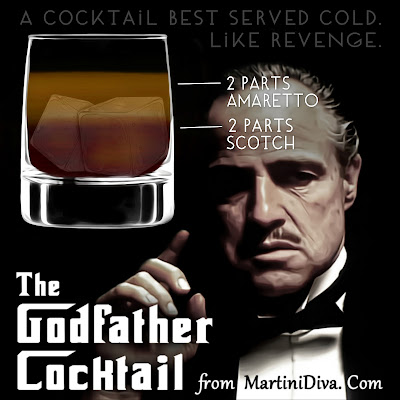 DIRECTIONS
Pour the scotch and amaretto over ice in a chilled Old Fashioned glass, stir gently to chill and serve.

No garnish is called out but a nice twist of lemon or orange zest expressed over the top does add a pleasant layer of extra flavor.

Voiceover Video with Ingredients & Instructions:
VARIATIONS
The Godmother, which uses vodka instead of the scotch.
The Goddaughter which is a Godmother with cream added.
The Godson aka the Marlon Brando Cocktail, (mentioned above) which adds cream to the scotch and amaretto.
The Godchild, which uses cream instead of scotch
The French Connection which replaces the scotch with Cognac. 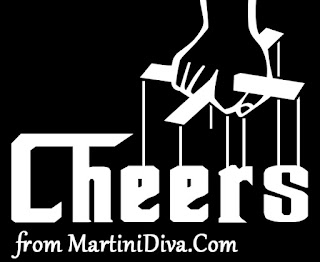 * Amaretto (translates to "a little bitter", a diminutive form of the Italian word "amaro", meaning "bitter") is in an Italian liqueur made from almonds or apricot pits or a combination of both. Interestingly after the year 2000, Disaronno no longer labeled their product as an amaretto, stating that it contained no almonds and was, therefore, safe for those with nut allergies.