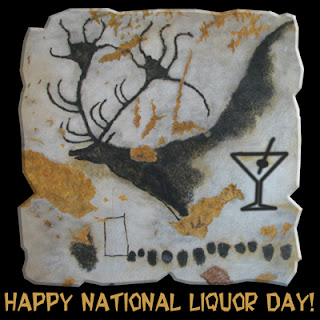 Alcohol has been around since prehistoric times. Late Stone Age beer jugs discovered show that purposely fermented beverages were brewed at least as early as c. 10,000 BC!  Shortly after the very first bar joke was uttered: 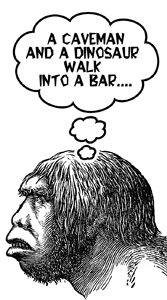 The dinosaur gives the bartender a long, complicated list of instructions for making the drink it wants. The bartender says, "And what'll you have?" The caveman shrugs. "Just gimme something over the rocks."

The ancient Egyptians loved their beer, Rome and Greece were awash in wine and even had gods designated to the enjoyment of alcohol.  Bacchus (Rome) and Dionysus (Greece) were huge party animals!


The oldest known recipe ever discovered is for beer! Yes, indeedy, booze has accompanied humanity on our journey through the eons and today we celebrate that long term partnership and love affair with it's very own holiday!