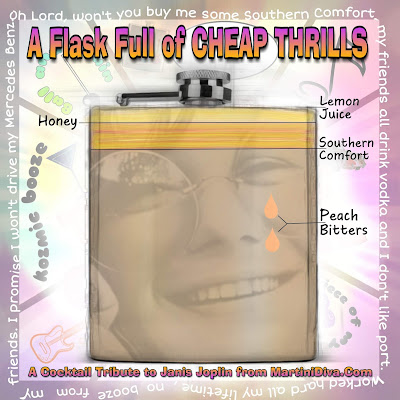 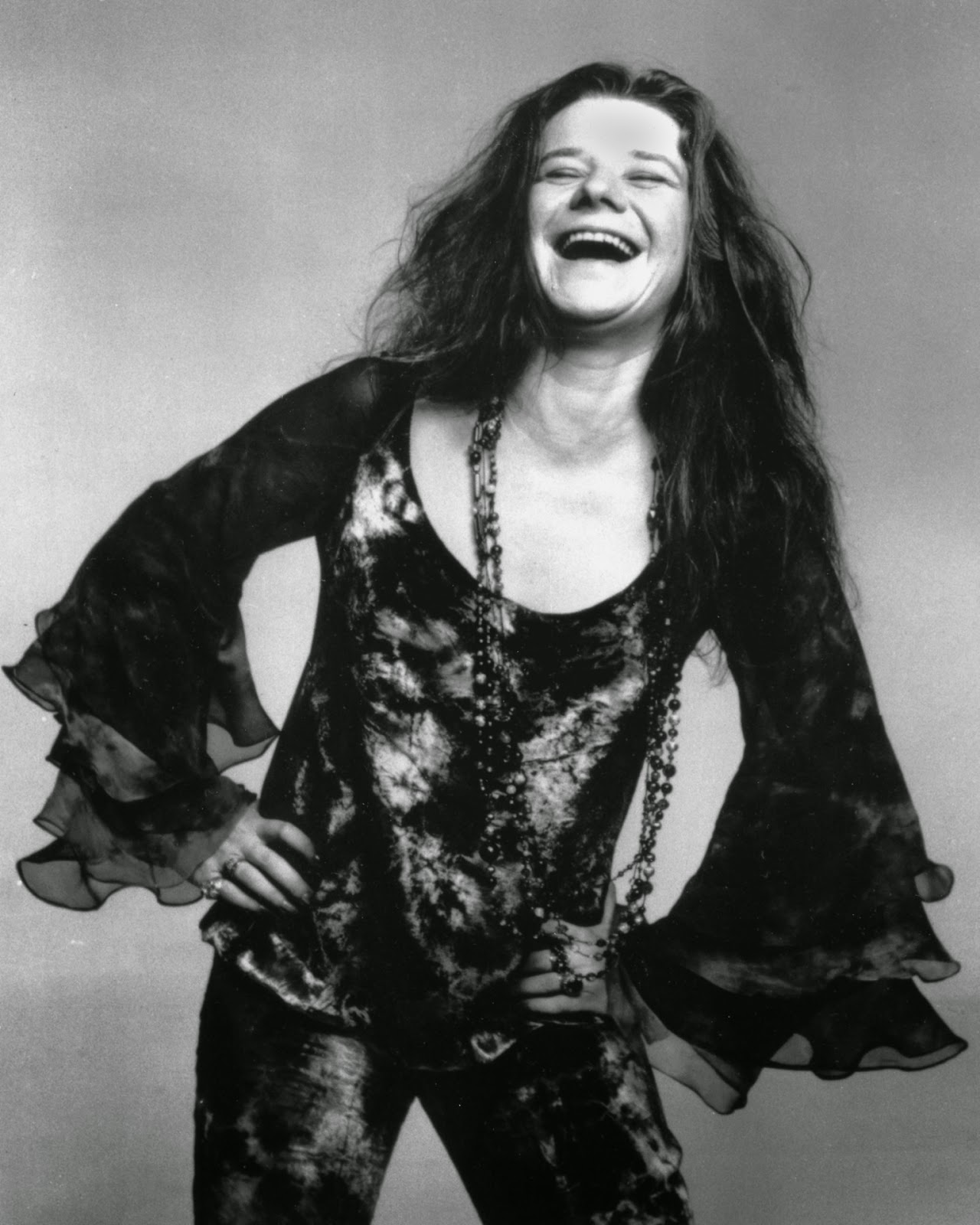 For a child of Woodstock, there is no female singer who holds a candle to Janis Joplin. Her whiskey soaked, bluesy voice and "Screw You" attitude endeared her to a generation of disenfranchised youth. Her music, along with her contemporaries, was the soundtrack to the whole hippie counterculture.

Janis' philosophy was to have a good time, which included a goodly amount of alcohol, and her favorite libation was Southern Comfort. She was rarely without a bottle on her person and even knocked Jim Morrison out cold* with a bottle of of the liqueur** at their first meeting.. It's said the bottlers of Southern Comfort gave her the lynx coat she wore on the Pearl album (at her prodding) because she boosted their sales, though I can't find any hard and fast proof of this tale.

Her love of Southern Comfort is recorded for history by David Dalton, who writes of the contents of Janis' purse in his book "Piece of My Heart": 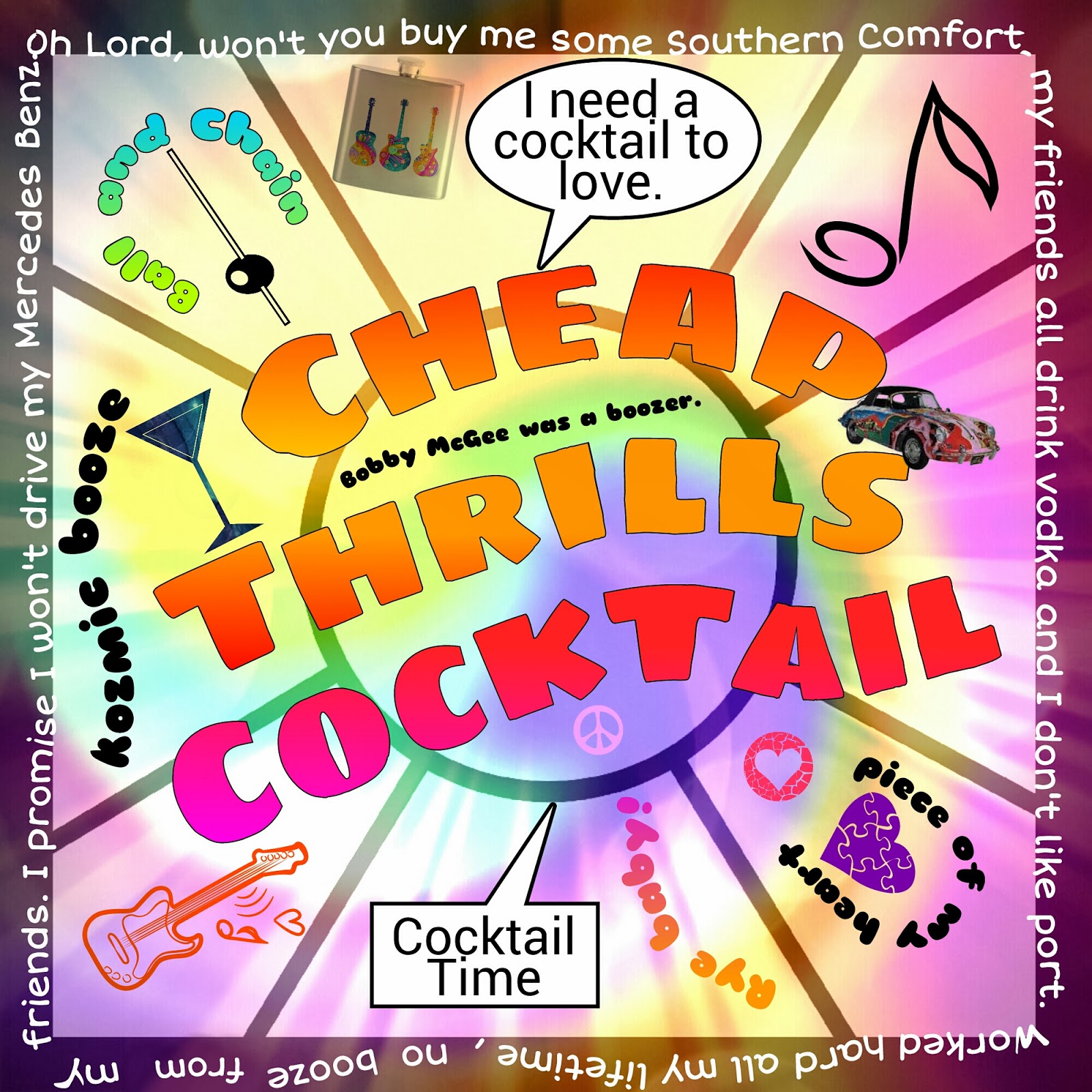 DIRECTIONS
Combine all the ingredients in a cool flask,
give it a good shake, toss it in your purse (or pocket) and rock on.
Voiceover Video with Ingredients & Directions
A BIT ABOUT THE CHEAP THRILLS ALBUM
The Cheap Thrills Album

by Big Brother and the Holding Company was released on August 12th, 1968 and is the last one where Janis performed with the band before going solo in December of that same year. The album cover was drawn by underground cartoonist Robert Crumb to replace the original cover idea of the group in bed together naked, an idea frowned upon by the record company.  Joplin loved Crumb's work and insisted on this illustration being used as the substitute cover though it had originally been planned for the back cover. This album design hit number nine on Rolling Stone's list of the 100 Greatest Album Covers. The album itself was ranked #338 on Rolling Stone's list of the 500 Greatest Albums of All Time.
Not only was the original cover idea rejected by Colombia Records, the original album name - Sex, Dope and Cheap Thrills - was vetoed as well and Cheap Thrills became the album name.
SOME JANIS JOPLIN TRIVIA
Joplin's last public performance, with the Full Tilt Boogie Band, took place on August 12, 1970, at the Harvard Stadium in Boston. Janis Joplin died at age 27, October 4, 1970.
"Don't compromise yourself. You are all you've got." ~ Janis Joplin 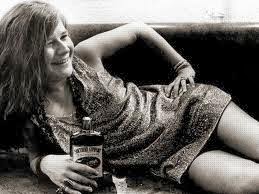 "When I get scared and worried," she said at the time, "I tell myself, 'Janis, just have a good time.' So I juice up real good and that's just what I have."

* Break On Through: The Life and Death of Jim Morrison

** Contrary to popular believe, Southern Comfort in NOT a whiskey as contains only neutral spirits, fruit flavors, spices and "whiskey flavorings" and not any actual whiskey (except for the "Special Reserve" version).  Classified as a "liqueur" Southern Comfort has a distinct peach flavor with a bite from the spices and a bit of smoky aftertaste from the "whiskey flavorings".

Posted by Pop Art Diva Enterprises at 5:00 AM