History of the Gibson Martini - Exactly who did invent it? 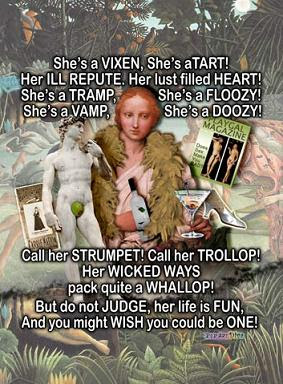 Available on posters T-shirts at the PopArtDiva Gift Gallery

The birth of the Gibson is swathed in mystery as several people claim to have invented this historical martini.
The most common tale surrounds Charles Dana Gibson – the illustrator who created the famous Gibson Girls paintings - and his challenge to bartender Charley Connolly, of the Players Club of New York City, to “improve” the classic martini recipe. Connolly’s answer was simply to substitute the cocktail onion for the olive which he then named after Gibson.
Another tale revolves around a Prohibition era American diplomat – also named Gibson – who, as a teetotaller, drank a water martini with the onion to distinguish it from the alcohol laced drinks of his companions.
A third story, from Charles McCabe of the San Francisco Chronicle, attributing the creation of the Gibson to Walter D. K. Gibson. In McCabe’s 1970s interview Allan P. Gibson, great-nephew of W.D.K. Gibson, stated that his great-uncle created the Gibson at the Bohemian Club sometime in the 1890s. This would seem to be the most authenticated version as there is a mention of it by Ward Thompson, another Bohemian Club member, that was supposedly recorded in print in 1898.
No matter the provenance of this now historical onion version of a gin martini, the cocktail itself is here to stay and a very entertaining part of cocktail lore.