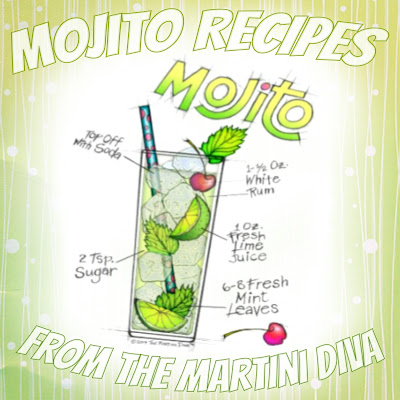 The origins of the Mojito start around the time of Sir Francis Drake's visitations to the Caribbean and the original drink, then called a Draquecito, is supposedly named after him. Also called a Drake or a Draque, it was a concoction of an aged rum called Garapo (aguardiente de caña) mixed with sugar, lime and mint. Enjoyed by the Cuban sugar cane workers, it is the earliest known rum drink from the Caribbean, first mentioned sometime around the latter part of the 1800's. When the Bacardi Rum Company started up in 1862, they replaced the Garapo with their signature white rum, some soda and ice and took the drink mainstream.
As for the Mojito being Ernest Hemingway's favorite drink, sorry, that's all a hoax that started with a forgery. Papa liked his rum and his favoritecocktail was a Papa Doble or the Hemingway Daiquiri.
Where the name Mojito comes from is a matter up for debate, but several sources claim that it stems from a Cuban seasoning made from line called mojo. It might also be a derivative of the Spanish "mojadito" which translates to "a little wet" or the African word "mojo", which means to cast a little spell.
Whatever the case, I live in a desert so I'm all for some refreshing, wet coolers with a little rum mojo in them and I definitely enjoy them in a variety of flavors as well as the simple and elegant original version:
The Original
MOJITO
All my
MOJITO VARIATIONS
BLACKBERRY MOJITO
CHERRY BASIL MOJITO
CHIPOTLE WATERMELON MOJITO
CHOCOLATE MOJITO
GRAPEFUL DEAD MOJITOS
GRILLED PINEAPPLE MOJITO
MERRY BERRY MOJITO MARTINI
MIXED BERRY MOJITO
Mind Your Ps & Qs CUCUMBER PEA SHOOT MOJITO
If you really love Mojitos you'll want to check out my
MOJITO ART & GEAR 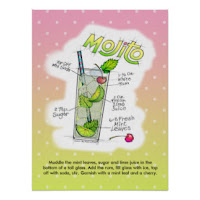 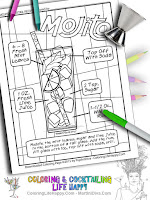 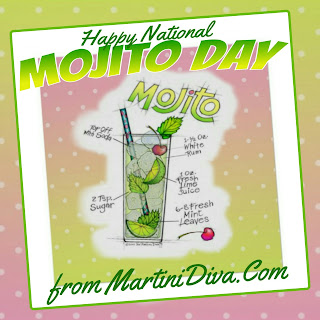