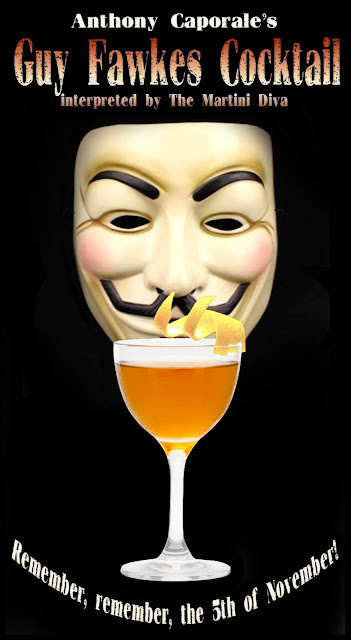 Remember, remember!
The fifth of November,
The Gunpowder treason and plot;
I know of no reason
Why the Gunpowder treason
Should ever be forgot!
Guy Fawkes and his companions
Did the scheme contrive,
To blow the King and Parliament
All up alive.
Threescore barrels, laid below,
To prove old England's overthrow.
But, by God's providence, him they catch,
With a dark lantern, lighting a match!
A stick and a stake
For King James's sake!
If you won't give me one,
I'll take two,
The better for me,
And the worse for you.
A rope, a rope, to hang the Pope,
A penn'orth of cheese to choke him,
A pint of beer to wash it down,
And a jolly good fire to burn him.
Holloa, boys! holloa, boys! make the bells ring!
Holloa, boys! holloa boys!
God save the King [Queen]!
Hip, hip, hooor-r-r-ray!

Once upon a time, in Merry Olde England, this group of English Catholics hatched a plan called The Gunpowder Plot. Headed by the infamous Guy Fawkes aka Guido Fawkes, the idea was to blow up King James and the House of Parliament. The coup failed, heads rolled, a holiday was born.
For his crime, Fawkes was hung, drawn and quartered and his decapitated head was displayed for all of London to see on Traitors Gate. The lesson? If you're looking for evening activities you're better off having a pint or a toddy than planning a plot.

In modern times, the V for Vendetta comic book series and film adaptations have adopted the Guy Fawkes mask as their anarchist symbol, Harry Potter's headmaster wizard, Dumbledore, named his Phoenix Fawkes, two Doctor Whos have Tardis-ed back to the failed plot and the Internet anarchist group, Anonymous, has used the mask when making physical appearances.
For his efforts, ineffectual as they were, the original Fawkes did get a drink created in his honor, by none other than cocktail master Anthony Caporale.

"This drink brings together Guy Fawkes’ English roots in DRAMBUIE® along with his Spanish exploits connoted by the sherry, overlaid on the smokiness of Islay Scotch to evoke the infamous Gunpowder Plot to which he is inextricably linked."

Shake ingredients in a cocktail shaker filled with ice until the tin frosts over. Strain into a rocks glass filled with fresh ice, garnish.
Enjoy by the light of a bonfire.

Despite saying "interpreted by", I did not do a personal adaptation of this drink, I love it just the way it is. You don't mess with perfection. 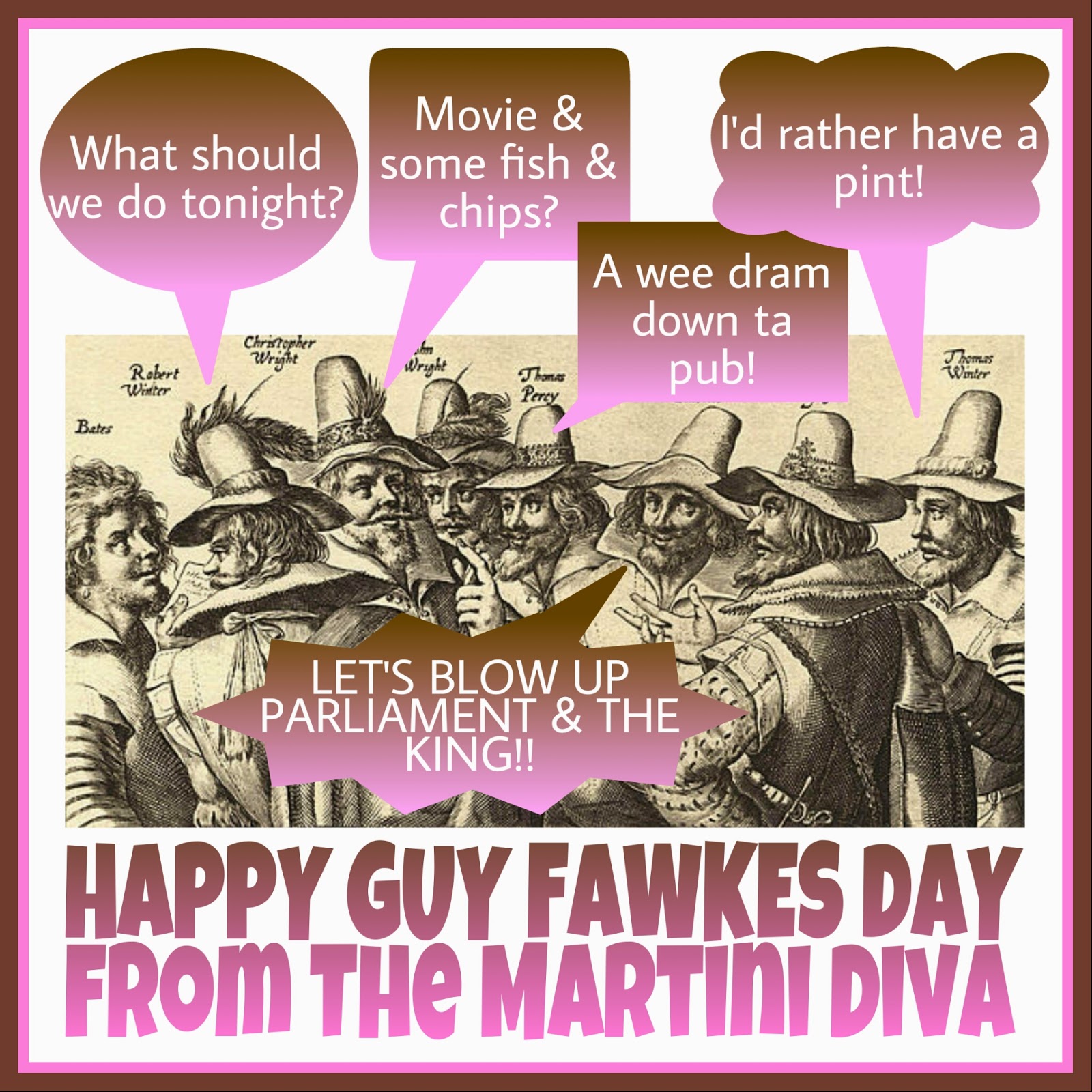 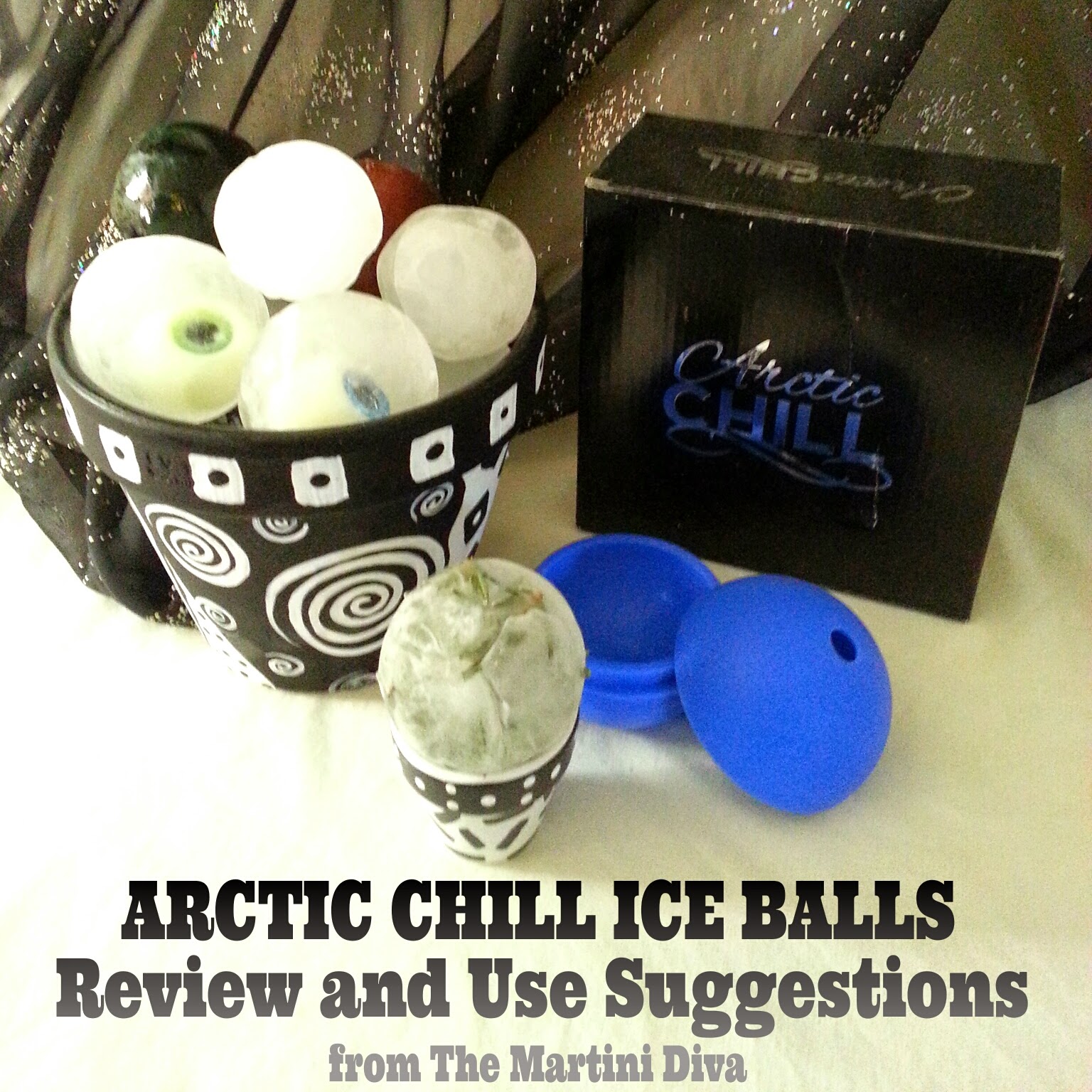 Rizzi over at Arctic Chill sent me a pack of four of their BPS free Silicon Ice Ball Makers to try out and review a few weeks ago and I've been having fun experimenting with them.

They come in a pack of four and each mold makes about a 2" diameter ice ball. The instructions are easy enough, after thoroughly cleaning you put the top and bottom together tightly, fill with filtered water and freeze: 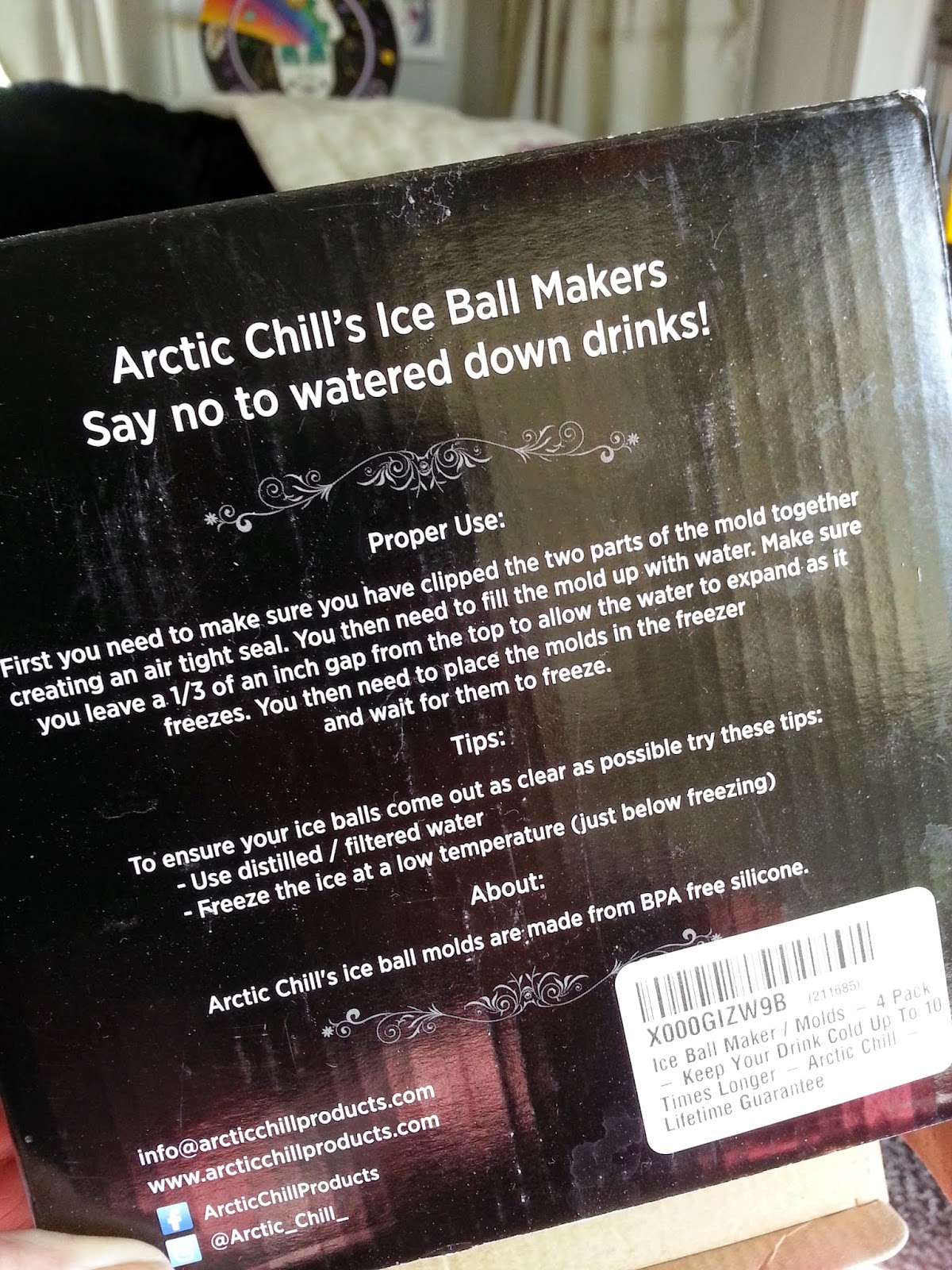 The instructions say to leave about a third of an inch open at the top to accommodate expansion as the water freezes, though this is not easy to judge because the balls are not transparent. I tried this but usually ended up with a sphere with a flat top. So I played around a bit and discovered my technique of tapping out a bit of water after filling up the mold worked pretty well.

I also tried filling them nearly to the top and this caused a little bit of ice to pop out the hole in the top. This was to be expected and I handled this by simply holding the whole mold under some running water and rinsing off the excess ice that popped out. A few times this "full up" technique caused the mold to separate slightly from over expansion resulting in a less than perfect sphere. No biggie, I just evened them out under running water.

I didn't attempt to adjust my home freezer to accommodate the suggested lower freezing temperatures so I did get air trapped in my ice as it froze, resulting in some opacity. I did use filtered water and I found that letting the filled molds sit at room temperature before freezing allowed some of the trapped air to escape and gave me a more translucent ice ball.

Most of the time I got pretty nice round balls of solid ice using my techniques. The only difficulty at the beginning was in removing the ball from the mold, but I discovered a quick twist of the top and bottom in opposite directions often popped the ice right out. If not, I simply ran the mold under cold water.

If a smaller ball was required for a smaller glass, I simply held the full size ball under cold running water, rotating it until I got the size I wanted, then stuck it back in the freezer, directly on a rack bare naked, to chill out until needed!

I have to say I'm pretty pleased with my Arctic Chill Ice Ball Makers. And, being the experimenter that I am, I was soon filling the molds with coffee, orange juice, herbs and even some fun candy eyeballs to complement my cocktail recipes. 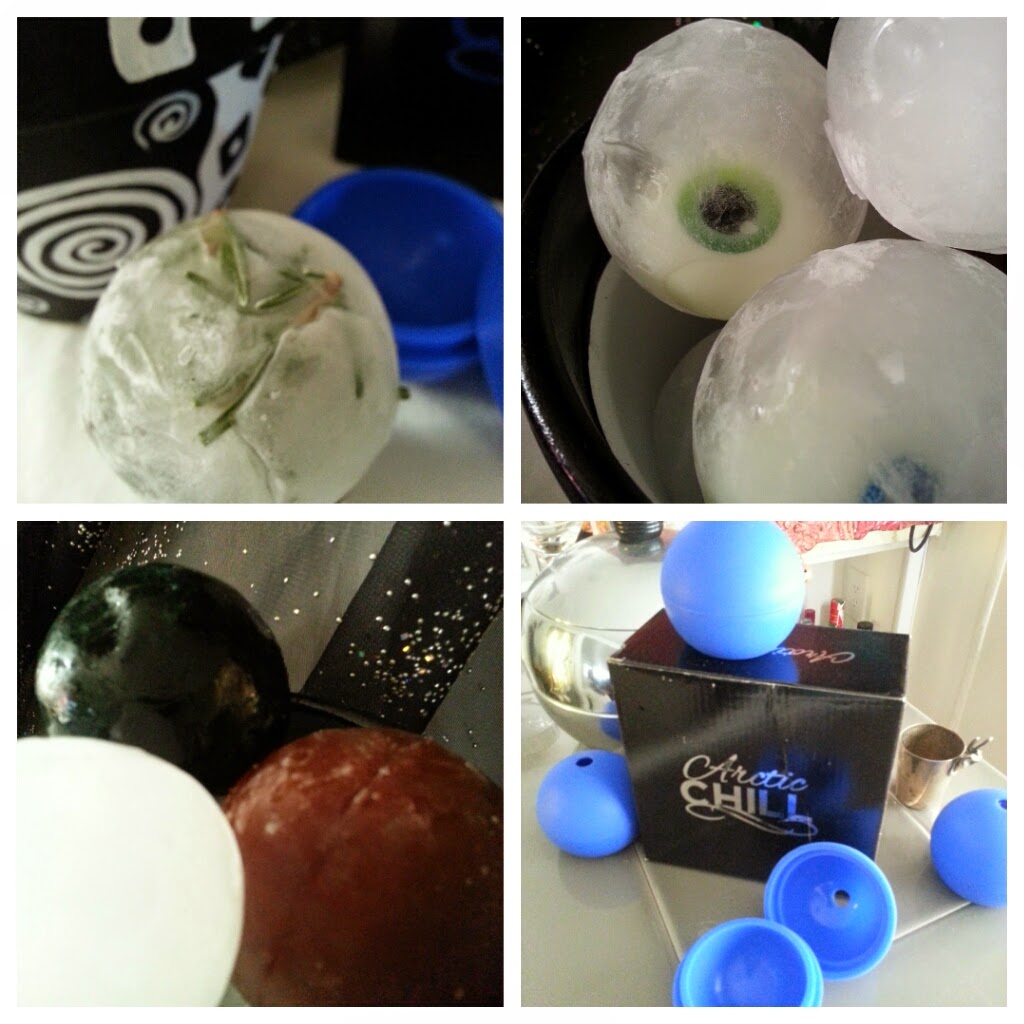 All in all I have to give a 4 out of 5 martini rating to this product. The main issue I have is not getting truly clear ice balls, (which has more to do with home versus professional freezing equipment.) These are a great way to chill a cocktail without lots of dilution and wonderful for iced tea and other soft drinks, especially here in Arizona where summer temps can melt standard ice cubes to oblivion in minutes! 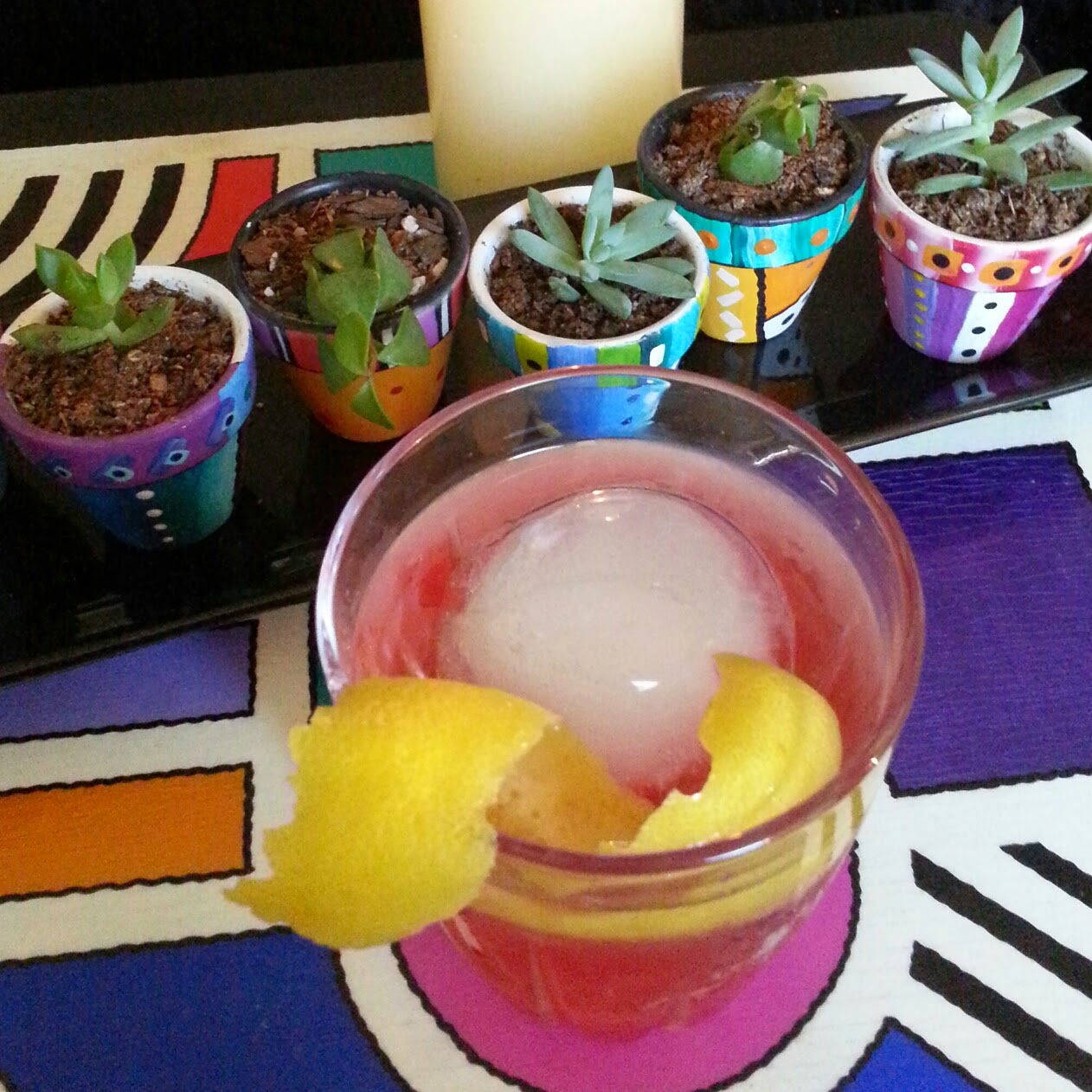 For just under twenty bucks ($19.95), the Arctic Chill Ice Ball Makers are a great addition to my bar toys and I might just have to get a couple more for parties.