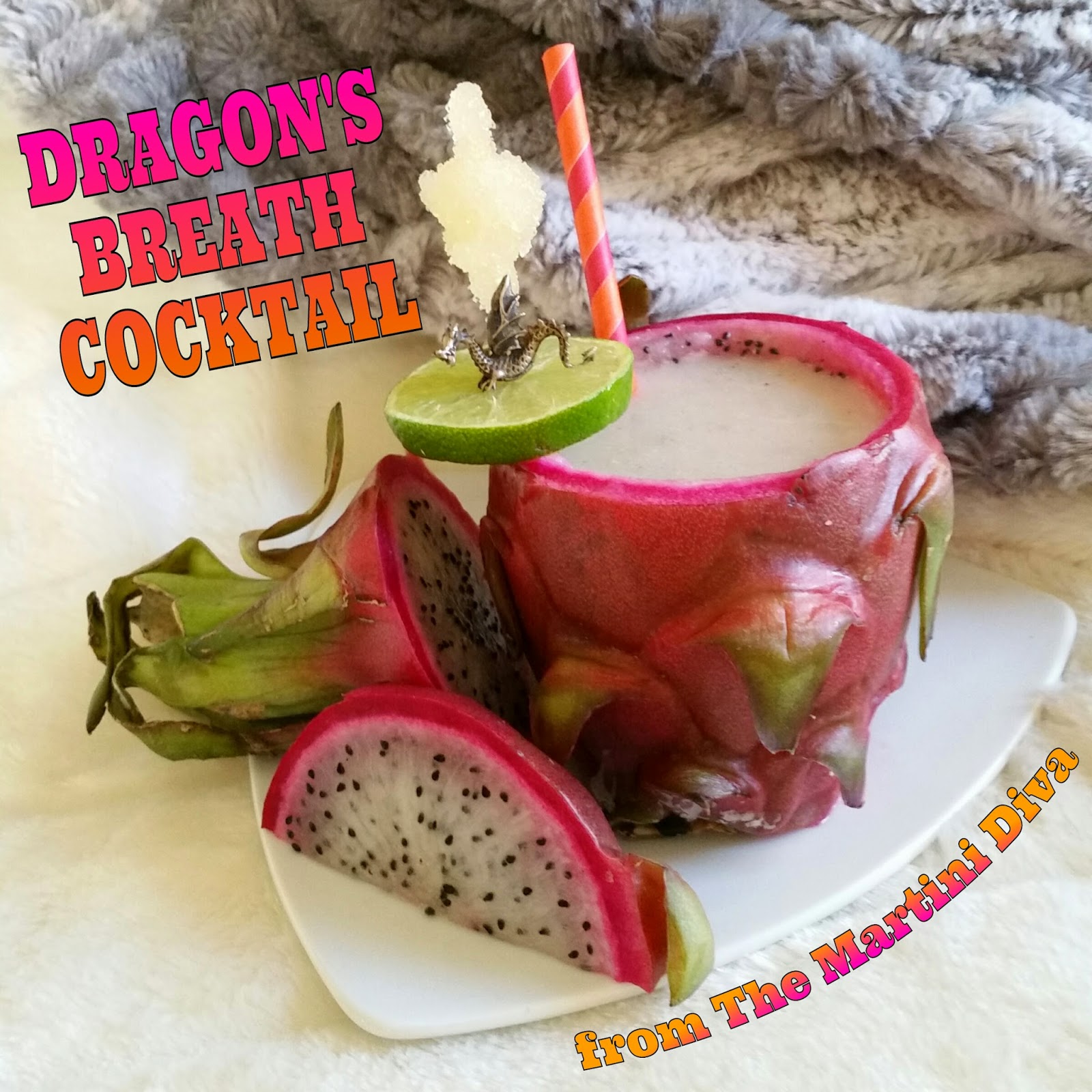 I'm a Game of Thrones fanatic and my favorite character is Daenerys Targaryen because she is The Mother of Dragons. I've been obsessed with dragons since I started reading Anne McCaffrey's Dragonriders of Pern series more than 4 decades ago. I even got a pair of mated cockatiels because they reminded me of the fire lizards in the series, that's pretty dragon obsessed!

I'm sure you can guess where I'm going from there? Yes, you guessed it, Dragon Fruit*!

DIRECTIONS:
To prepare your dragon fruit cut the top off with a knife, then slice off a quarter inch disc from the fruit itself. put both aside as a garnish. Then slice off a bit of the bottom to create a level base.
Take your spoon and gently scoop out the meat from the inside of the fruit leaving enough shell to create a cup.
Add the dragon fruit meat to a blender and pulse until pureed. Add the pureed dragon fruit to your cocktail shaker then fill shaker with ice.
Pour in the spiced rum, coconut rum, coconut milk, lime juice, pineapple simple syrup and the zested ginger and shake until chilled.
Pour into your hollowed out dragon fruit, garnish with a slice of lime and the ginger sugar crystal stick and serve.

Just so you aren't shocked when you go to buy your dragon fruit, I paid $5.99 a pound and my fruit weighed a little over a pound and a half! 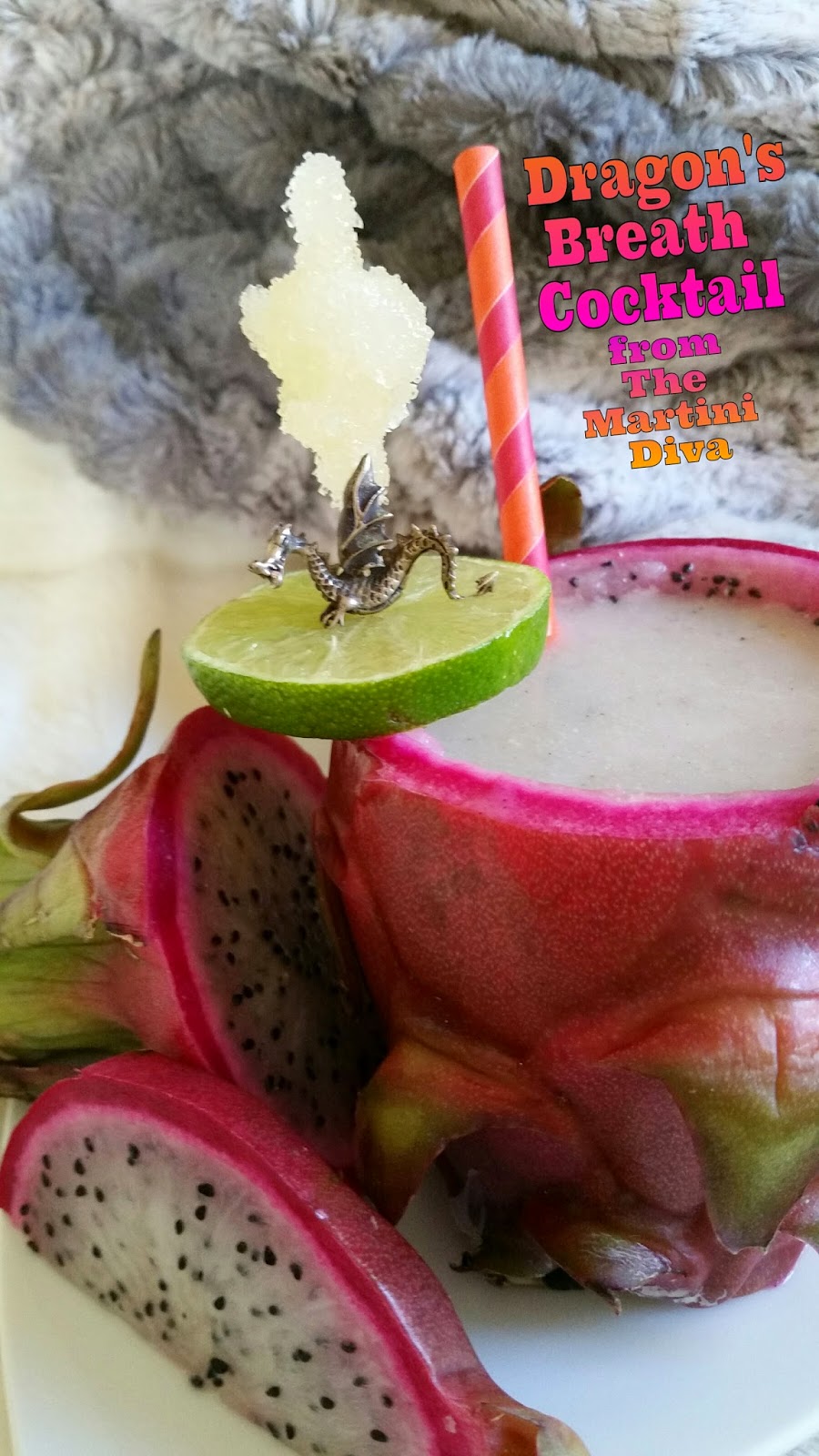 *DRAGON FRUIT, aka Pitaya or Pitahaya, is the fruit of a variety of cactus (Hylocereus) originally native to Mexico. One variety, the  Stenocereus, is native to my own locale here in Tucson and it's fruit, the sour pitaya or pitaya agria, which is found in the Sonoran Desert, was an important food source for Native Americans and is still harvested by locals in the Northwestern portion of Mexico.

The Pitaya Dragon Fruit was transplanted to Central America, then introduced throughout the Old World by travelers who brought it back after exploring the Americas. It is now primarily cultivated in East Asia, South Asia and Southeast Asia though it's cultivation is extending beyond those borders as it's popularity increases. The Hylocereus cactus blooms at night, producing a fragrant, white flower called a moonflower which is also known as The Queen of the  Night.

"When my dragons are grown, we will take back what was stolen from me and destroy those who wronged me! We will lay waste to armies and burn cities to the ground!" ~ Daenerys Targaryen 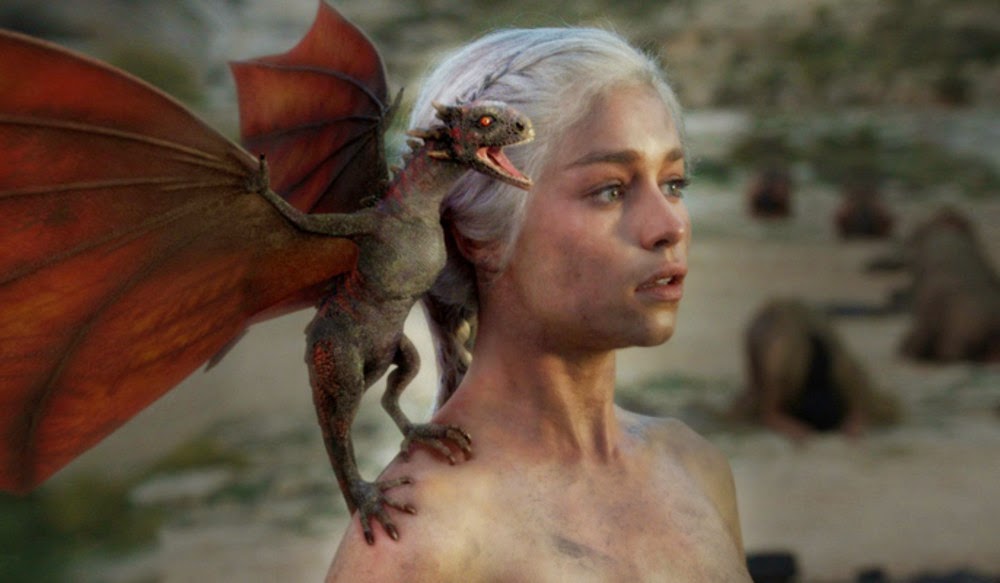