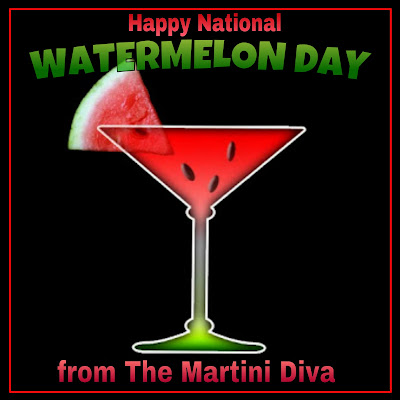 A Few Facts About Watermelons:

Enjoy National Watermelon Day and don't hit anyone in the eye as you spit out the seeds.
PLEASE DRINK RESPONSIBLY
Posted by Pop Art Diva Enterprises at 5:14 AM