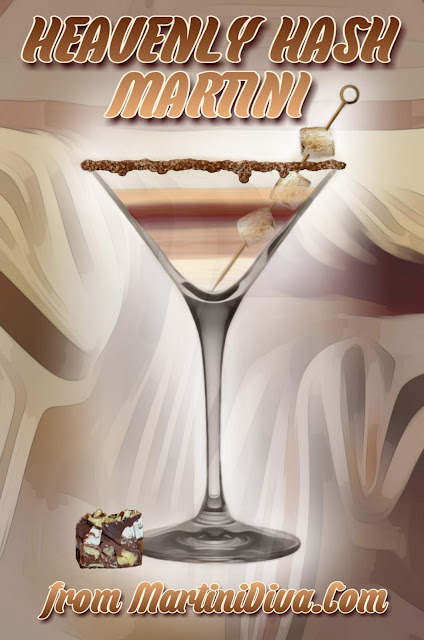 You may think of Heavenly Hash as an ice cream flavor, but it started out as a candy confection. Originally created by a New Orleans department store to pass out to shoppers on Easter, the recipe was acquired by Elmer’s Candy Corp which launched it into large scale production in 1923. To this day a Heavenly Hash candy egg still remains a Louisiana Easter tradition.

Inspired by that iconic Heavenly Hash Egg, this cocktail recipe has the traditional marshmallows, nut and chocolate flavors then adds booze to that.

How heavenly is that? 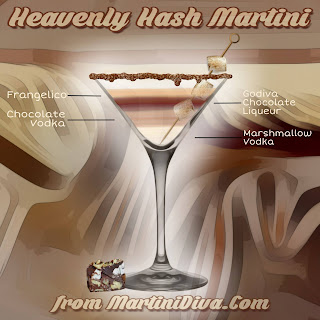 The
HEAVENLY HASH
MARTINI
Chocolate, marshmallows, nuts, booze!
What are you waiting for?

DIRECTIONS
Shake ingredients with ice until chilled.
Strain into a chilled cocktail glass.
Garnish and enjoy.

Posted by Pop Art Diva Enterprises at 7:30 AM