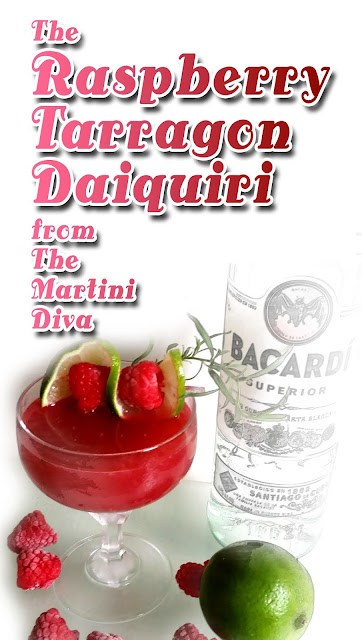 This is what Hemingway wrote about the noble Daiquiri in his postumously published novel Islands in the Stream:

"... as he lifted it, heavy and the glass frost-rimmed, he looked at the clear part below the frappéd top and it reminded him of the sea. The frappéd part of the drink was like the wake of a ship and the clear part was the way the water looked when the bow cut it when you were in shallow water over marl bottom. That was almost the exact color."

"This frozen daiquiri, so well beaten as it is, looks like the sea where the wave falls away from the bow of a ship when she is doing thirty knots."

"But on this night Thomas Hudson had been ashore about four days when he got really drunk.  It had started at noon at the Floridita and he had drunk first with Cuban politicians that had dropped in ...  He had drunk double frozen daiquiris, the great ones that Constante made, that had no taste of alcohol and felt, as you drank them, the way downhill glacier skiing feels running through powder snow and, after the sixth and eighth, felt like downhill glacier skiing feels when you are running unroped."
No, Hemingway was not referring to that drink of cheap call rum and bottled sweet and sour mix that passes for a Daiquiri in some places, he wrote of the prose worthy drink he enjoyed at the Floridita in Havana.
Jennings Cox, creator of the original Daiquiri recipe of Barcardi Carta Blana White rum (now known as Bacardi Superior), fresh "limón" juice (aka lime juice in Cuba) and "sugar syrup" (aka simple syrup) served the Daiquiri shaken with crushed ice, NOT strained then served up icy cold but not frozen. The original frozen versions were served up more like a shave ice, similar to a Mint Julep. Both of these are far superior libations to the boozified, sometimes mechanized, slurpees most of us are familiar with. A real Daiquiri is the kind of drink that made folks like Hemingway wax poetic.
Hemingway liked his with a little grapefruit and a dew drops of Maraschino liqueur in place of the simple syrup (aka the Hemingway Special), I like mine with fruits that are a little sweeter. This time I went with raspberries because they were in season, then I added a little herbal zing from tarragon for the same reason and, because raspberries can be quite tart, I  upped the sweetness with some extra simple syrup.

The
RASPBERRY TARRAGON
DAIQUIRI
INGREDIENTS:
2 oz White Rum
1 oz Fresh Lime Juice
1 Oz. Raspberry Syrup
Extra Simple Syrup*
10 Tarragon Leaves
(Shhhh ... little secret ... ) Small Pinch of Sea Salt!!
Lime Wheel
Fresh Raspberries
Sprig of Tarragon
Ice
TOOLS: Coupe glass, Cocktail shaker, Muddler
DIRECTIONS:
Chill your coupe.
In a cocktail shaker gently muddle the tarragon leaves with the lime juice.
Fill your cocktail shaker with ice then add the raspberry syrup, the dash of salt and the rum.
*Now is the time to adjust your sweetness by adding the extra simple syrup to balance the tart raspberry syrup! Taste your mixture before to make sure it needs sweetening, then add a tablespoon at a time. (My raspberries were quite tart so my syrup needed 2 more tablespoons of simple syrup.)
Adjusted to your taste? Good, now shake vigorously until chilled.
Strain into your chilled coupe glass, garnish with the fresh raspberries, a lime wheel, the sprig of tarragon and serve.
Why the salt? Because salt is a natural way to awaken the palate and it helps take the bite out of any bitterness while actually enhancing perception of other tastes. It's a trick chefs have used for decades and one I've secretly applied to many of my cocktail recipes for years. Just be careful not to overdo, you don't want to taste the salt you just want it to do its job.
I can't promise this Daiquiri will turn you into a great writer like Hemingway, but it can turn you into a drinker like Hemingway.
Enjoying my Raspberry Tarragon Daiquiri:
An intelligent man is sometimes forced to be drunk to spend time with his fools.
~ Ernest Hemingway
Updated 7-2018
PLEASE DRINK RESPONSIBLY
Posted by Pop Art Diva Enterprises at 8:58 AM