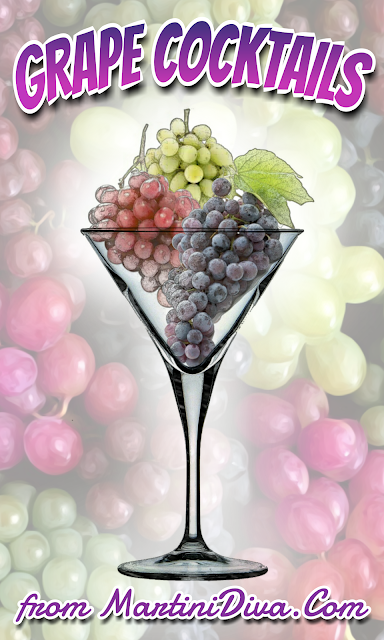 I loved grape juice, grape soda and grape candy as a kid.  As an adult I kind of left them behind because they were too sweet. Then, one day, I discovered that adding booze fixed that problem.
Now I have a tidy little list of fun grape flavored cocktails and I get to feel like a kid again, only with a little buzz. 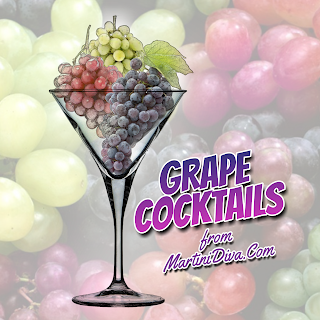 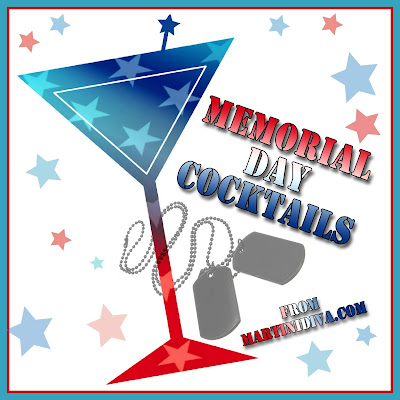 Memorial Day (or Decoration Day) is a federal holiday in the United States for remembering the people who died while serving in the country's armed forces. 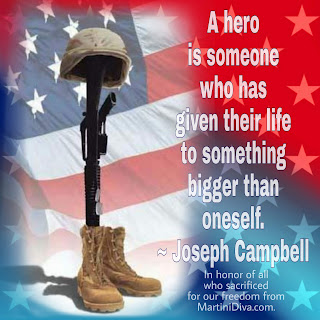 It is also recognized in the U.S. as the beginning of summer, most likely because it was traditionally the day the school year ended. Currently we celebrate Memorial Day on the last Monday of May with the Memorial Day celebrations occurring on the weekend just ahead of that.

For me that means, after honoring those among my friends and family who served and sacrificed, sharing the weekend with my remaining family and friends and having a cookout with some refreshing summer cocktails. It is also my signal to start crafting cocktails made with all the lovely, fresh produce and herbs that become abundant in summertime. Over the years, I have created quite a list of original drink recipes perfect for the long, hot days of summer and I've included links to some of my favorites below, as well as some some of the best warm weather drink categories and flavors to keep you cool from Memorial Day through Labor Day.

SOME OF MY FAVORITE
SUMMER LIBATIONS 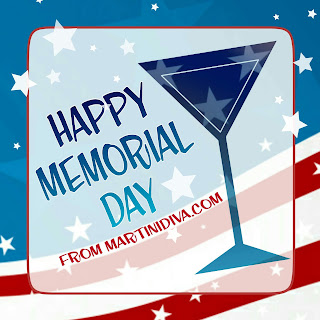 Posted by Pop Art Diva Enterprises at 11:01 AM 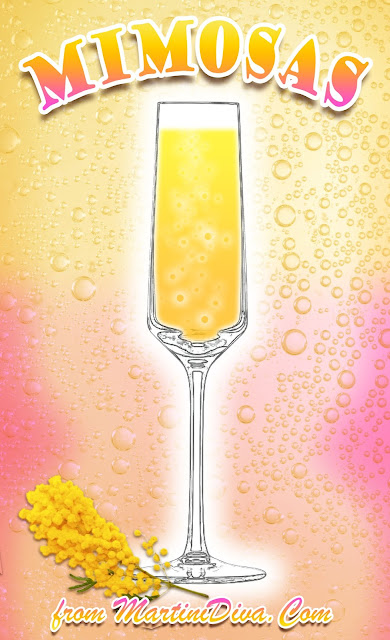 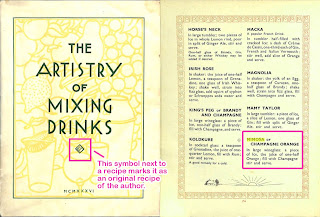 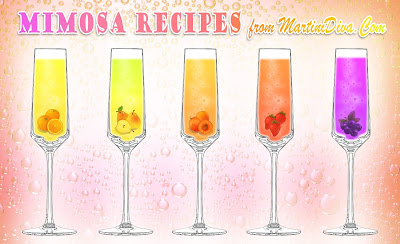 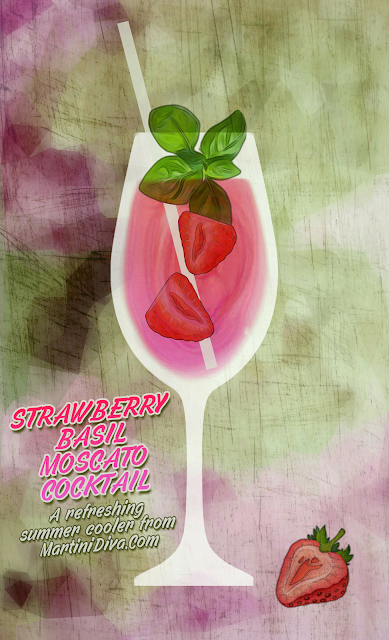 Moscato is an Italian dessert style white wine made from the muscat grape. Similar to the Spanish moscatel and the French muscat, it is sweet and fruity with hints of the honey and those qualities inspired my recipe for this cocktail recipe. Though muscat grapes are the oldest known variety and wine made from it has been popular for ages, it's gotten a recent surge in modern day popularity thanks to brand linked rappers and hip hop artists.

Since it's already hitting triple digits here in Tucson, I thought some moscato would pair nicely with the classic combination of fresh strawberries and some fresh basil from my herb garden for a refreshing summer cooler. Adding a little effervescence with some strawberry sparkling water and a bit of sweetness with some honey, I ended up with a pleasant late afternoon cocktail. 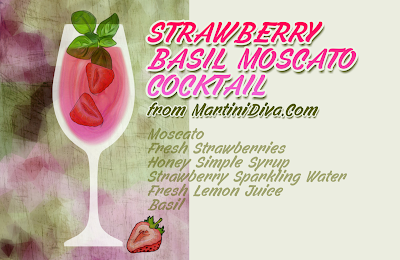 DIRECTIONS:
Warm the honey and water in a highball glass in a microwave just long enough to thin the honey and mix together, about 10 seconds.
Add the strawberries and basil to the glass then gently muddle.
Fill your glass with ice then add the Moscato, stir.
Top off with the strawberry sparkling water, garnish with a fresh strawberry, a sprig of basil and serve.

National Moscato Day is May 9th.

Posted by Pop Art Diva Enterprises at 8:39 AM 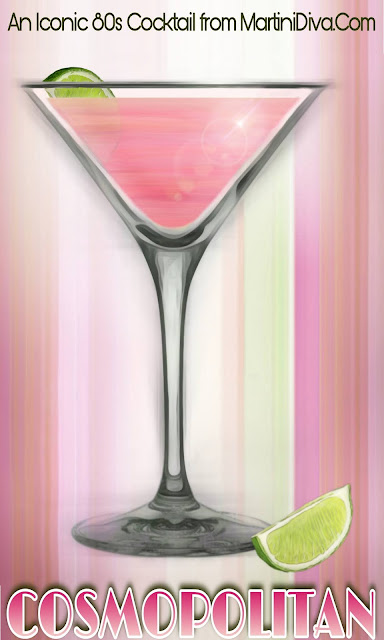 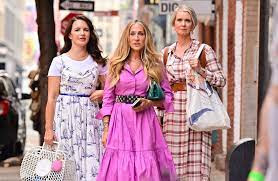 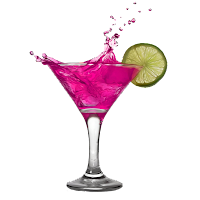 Born in the late 1980's, the Cosmopolitan is an iconic cocktail in drink history which was inducted into mass happy hour culture by another icon, HBO's Sex and The City television series. 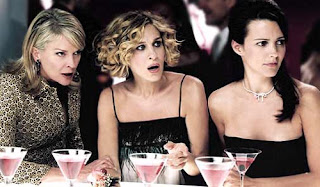 Recognized as an important part of cocktail history the Cosmopolitan, aka Cosmo, is sadly reviled by current cocktail folk. When mixed properly it is a delicious, soft pink (not red) drink that has been ruined by cheap ingredients, sour mixes and lazy bartending over the decades since its inception.

Classified as a sour, the Cosmopolitan is a modern descendant of The Daisy, a vintage cocktail made with gin, Cointreau, lemon juice, and raspberry syrup.

Like most classic drinks, the Cosmopolitan's history has a murky background. During the late 70's to mid 80's versions of this modernized take on Ocean Spray's famous Harpoon cocktail, were scattered from San Francisco to New York to Miami with almost as many claims to its creation. Both Cheryl Cook and John Caine were serving Cosmos in the eighties, with Cook being the accepted originator of the name, but the currently accepted Cosmopolitan recipe is credited to Toby Cecchini who, after being introduced to a version by Melissa Huffsmith, added the Citron and first served his version at the Odeon in Manhattan in 1987. The citrus flavored vodka is the essential ingredient as that is what distinguishes this cranberry and vodka cocktail from other vodka cranberry drinks like the Cape Cod and the Ocean Spray label recipe of the Harpoon.

The Cosmopolitan. It's time to do it again,  but do it right; with Citron Vodka, fresh lime juice, Ocean Spray cranberry juice and Cointreau. 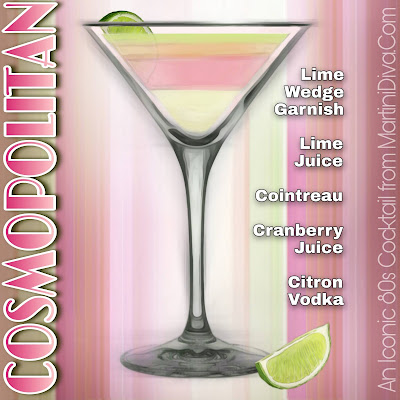 DIRECTIONS
Add all the ingredients to a cocktail shaker filled with ice. Shake well and double strain into large, chilled cocktail glass. Garnish simply with a lime wedge.

VOICEOVER VIDEO WITH INGREDIENTS AND INSTRUCTIONS:
OR HOW ABOUT JUST
A SPOONFUL OF COSMO?
Try something new and give my molecular approach to this classic a try.

National Cosmopolitan Day is May 7th.

Posted by Pop Art Diva Enterprises at 11:20 AM