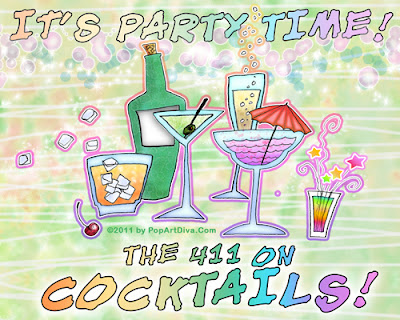 WHAT IS A COCKTAIL?
Read more about the Cocktails Facts and History and The Original Cocktail Party at:  A HISTORY OF THE COCKTAIL

Life's just a #cocktail party ― on the street.
~ Mick Jagger