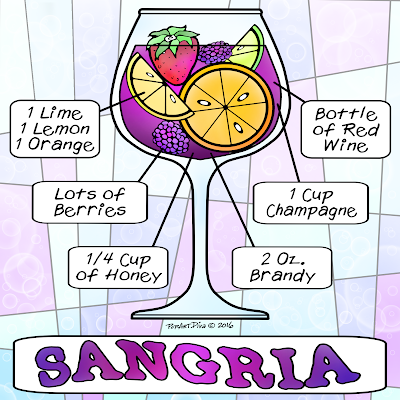 Mix up a Pitcher (in one of my adorable Pop Art Pitchers or Cocktail Art Pitchers).
I like Sangria so much I even created a Sangria Coloring Page in my
COLOR YOUR COCKTAILS Cocktail Recipe Coloring Book 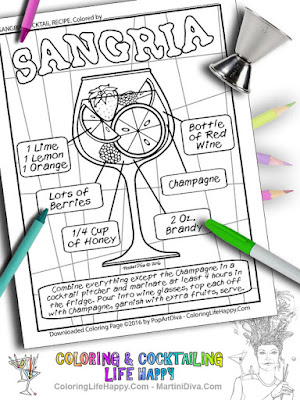