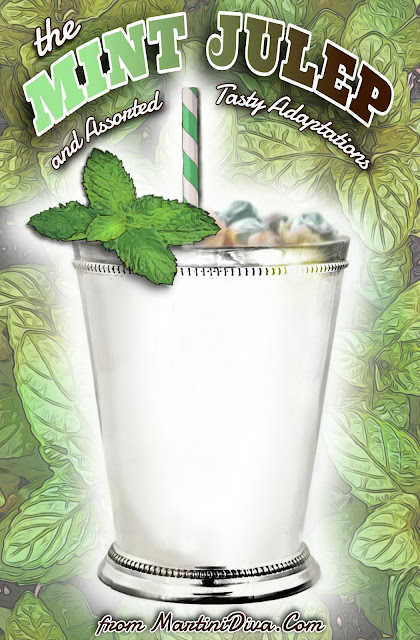 The Mint Julep is the official drink of The Kentucky Derby where over 100,000 are served up to racegoers each year. In recent years, however, a commercially pre-mixed substitute served up in a plastic cup has been offered up in place of a true Mint Julep. This is understandable because of the multitudes being served, but it's not the singular experience of getting a hand-crafted, ice domed Mint Julep served to you in a dew frosted silver tumbler. 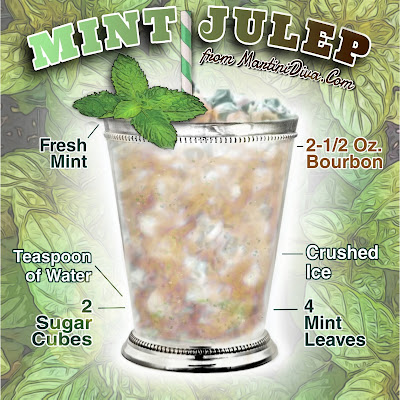 The
Classic
MINT JULEP
Recipe
INGREDIENTS
2-1/2 Oz. Bourbon
4 Fresh Mint Leaves
2 Sugar Cubes
Teaspoon of Water
Crushed Ice
Garnish
Fresh Mint Sprig
DIRECTIONS
Add the sugar cubes, mint leaves and water to the bottom of a proper mint julep cup.
Muddle to release the mint oils and dissolve the sugar cubes.
Fill the cup completely with crushed ice.
Add the bourbon and stir until the cup frosts over then top off with more crushed ice.
Garnish with the fresh mint sprig and serve.
VOICEOVER VIDEO WITH INGREDIENTS AND DIRECTIONS:
Below are some of my happy hour riffs on this classic Southern libation.